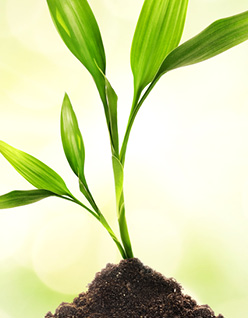 A family-owned seed producer and pulse crop exporter since 1975, in recent years Simpson Seeds has shifted its focus to its lentil offerings, now processing and exporting lentils to more than 70 countries worldwide.

In 1975, Simpson Seeds diversified from typical farming land when it began growing yellow peas. This change improved farming practices and began new ways in utilizing farm land. Today, pulse crops are among the main production of Simpson Seeds, and across Saskatchewan.

In its 30-plus year history, Simpson Seeds has achieved its vision of transforming from a farming unit to a value-add company, in addition to a leader in the pulse industry. The company’s operation spans across four facilities, with the main operations running in Moose Jaw, Sask., also known as the heart of lentil and pulse production.

The strength of Simpson Seeds’ production is based on peas and chickpeas, while the majority of its production is lentils. Last year, Saskatchewan recorded more than 3.4 million acres in lentil production.

The farming side of Simpson Seeds is a separate entity, however, it remains the root of the organization. Greg Simpson, CEO of Simpson Seeds, is third generation to the family operation, and today manages the company with his two brothers as well as six members of the next generation. Under this leadership, Simpson Seeds’ acreage has seen a large increase, tripling the size of the farm since the early 1970s, something that has allowed the Simpson Seeds entity to span both its domestic and international presence. The addition of a red lentil splitting facilities in 2008, a value-add process that allows shipping of whole lentils for processing or for food, to customers like packaging and canning companies, has also contributed to organizational growth.

“On the farm side of our operations, we’re noted for very high quality cereals, things like durum wheat and spring wheat,” Simpson said. “On the pulse side, we produce a variety of lentils, in addition to field peas and chickpeas. We also grow flax and canola. All these are our main crops.”

As a farming organization, Simpson Seeds believes highly in environmental responsibility and sustainability. As such, Simpson Seeds strives to reduce its carbon footprint across all of its operations.

Growing lentils, a legume, is a process where the lentil fixates nitrogen from the atmosphere, which is then put in its root system and soil, for a means of natural production of fertility (as opposed to the artificial production of nitrogen).

According to Pulse Canada, an industry organization that represents Canadian growers, processors, and trades of pulse crops (peas, lentils, beans, chickpeas), lentils remain one of the most efficient plants to grow, compared to other crops and other proteins.

“At the centre of everything we do, it is exciting to know that we are delivering nutritious food and feeding the world, feeding people in nations that are impoverished,” Simpson beamed.

Lentils offer an inexpensive, nutritious protein source, and serve as a popular food choice in emerging markets like India, Pakistan, Sri Lanka, and Bangladesh. Lentils are also beneficial, not only economically, to the farmers that produce them. In rotating lentils, peas, and chickpeas with other crops, it allows for more sustainable agriculture.

“It increases overall soil health by increasing organic matter and minimizing soil erosion,” Simpson elaborated. “We’re seeing economic spinoffs for Saskatchewan at every level. Any time you start to bring value-add and diversification into an industry, it is always a positive spin.”

As was the case across many sectors, the agricultural industry was not exempt to the effects of the recession. As Simpson explained, trillions of dollars were taken out of the global economy, and many customers suffered financial hurt. Many of those same customers remain weakened from the heavy losses absorbed during the economic downturn.

“It makes the environment we are in very challenging,” Simpson concluded, adding that, because of the recession, major factors of the agricultural industry—like transportation—became problematic. Simpson Seeds believes that reliable and competitive freight, in terms of both transportation and containers, plays a key role in contributing to its previous and future market growth.

Another challenge facing Simpson Seeds in recent years has been unemployment, something that has remained low (about 5.3 per cent in August 2011) in its home province of Saskatchewan. As such, a low unemployment rate creates challenges in terms of Simpson Seeds finding retainable and skilled workers.

Moving forward, Simpson Seeds has extended its business plan through to 2030, critical to a family enterprise that has worked very meticulously at its succession planning, all of which serves in the future growth of the company.

“It is a growth plan and we’re growing into more countries worldwide,” Simpson said. “We’re also increasing our presence [in the countries we are in currently]. We’re excited about agriculture and Saskatchewan has been a highlight of that.”