Sintana is encouraged by the ANH’s acceptance of ExxonMobil’s bid for Project Platero and its award of a CEPI contract. The Company’s support for Project Platero is made even though the Government’s process excluded an important segment of the petroleum industry by not allowing smaller companies, such as companies the size of Sintana, to participate in CEPI bids. This encouragement centers on the belief that the CEPI will provide an efficient procedure for the testing and production of source rock hydrocarbons.

In 2015, Sintana and ExxonMobil, with the approval of the ANH, drilled the A3 Manatí Blanco well into the source rock of Block VMM-37. The A3 Manatí Blanco well was never tested but instead suspended for a number of years while waiting for approval of an environmental permit. The CEPI process should now provide an effective path forward for the testing and production of source rock hydrocarbons in future operations.

On behalf of Sintana Energy Inc.,

This news release contains certain forward-looking information and statements within the meaning of applicable securities laws. The use of any of the words “expect”, “anticipate”, “continue”, “estimate”, “may”, “might”, “will”, “project”, “should”, “believe”, “plans”, “intends” and similar expressions are intended to identify forward-looking information and/or statements. Forward-looking statements and/or information are based on a number of material factors, expectations and/or assumptions of Sintana which have been used to develop such statements and/or information but which may prove to be incorrect. Although Sintana believes that the expectations reflected in such forward-looking statements and/or information are reasonable, undue reliance should not be placed on forward-looking statements as Sintana can give no assurance that such expectations will prove to be correct. In addition to other factors and assumptions which may be identified herein, assumptions have been made regarding, among other things: that Project Platero will proceed as currently anticipated and will have a positive impact on the development at Block VMM-37, that Sintana will continue to conduct its operations in a manner consistent with past operations; results from drilling activities; the accuracy of the estimates of resource volumes and interpretations of drilling activity results; availability of financing and/or cash flow to fund current and future plans and expenditures; the impact of increasing competition; the general stability of the economic and political environment in which Sintana has participation interests; the general continuance of current industry conditions; the timely receipt of any required regulatory approvals, including environmental approvals; the ability of Sintana to obtain qualified staff, equipment and/or services in a timely and cost efficient manner; the ability of the operator of each project in which Sintana has participation interests to operate in a safe, efficient and/or effective manner and to fulfill its respective obligations and current plans; future commodity prices; currency, exchange and/or interest rates; regulatory framework regarding royalties, taxes and/or environmental matters in the jurisdictions in which Sintana has participation interests; and the ability of Sintana to successfully market its oil and/or natural gas products. The forward-looking information and statements included in this news release are not guarantees of future performance and should not be unduly relied upon. Such information and/or statements, including the assumptions made in respect thereof, involve known and unknown risks, uncertainties and other factors that may cause actual results and/or events to differ materially from those anticipated in such forward-looking information and/or statements including, without limitation: the risk that Project Platero may not proceed as currently proposed or at all; risks associated with the uncertainty of exploration results and estimates, inaccurate estimation of Sintana’s oil and/or natural gas resource volumes, currency fluctuations, the uncertainty of conducting operations under a foreign regime, exploration risk, the uncertainty of obtaining all applicable regulatory approvals, including environmental approvals, the availability of labour and/or equipment, the fluctuating prices of oil and/or natural gas, the availability of financing and the Company’s dependence on Sintana’s management personnel, other participants in the property areas and/or certain other risks detailed from time-to-time in Sintana’s public disclosure documents, (including, without limitation, those risks identified in this news release and Sintana’s current management’s discussion and analysis). Furthermore, the forward-looking statements contained in this news release are made as at the date of this news release and the Company does not undertake any obligations to publicly update and/or revise any of the included forward-looking statements, whether as a result of additional information, future events and/or otherwise, except as may be required by applicable securities laws. 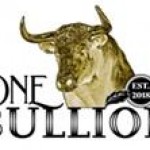 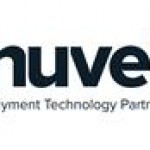