WASHINGTON, DC–(Marketwired – May 11, 2017) – SJE-Rhombus of Detroit Lakes, MN, has been named the 2017 ESOP Company of the Year by The ESOP Association. The announcement was made at The Association’s Annual Conference.

“SJE-Rhombus is a prime example of a successful ESOP company, one that engages its workers and shares the wealth via an outstanding retirement benefit,” said ESOP Association President J. Michael Keeling. “A 30-year ESOP, SJE-Rhombus has shown that employee owned companies excel at operating in a manner that can make anyone associated with the business duly proud.”

Founded in 1975, SJE-Rhombus has since expanded to $90 million in sales, seven locations, and nearly 400 employees. In 1987, as founder Steve Johnston moved toward retirement, he set up an ESOP to reward the employees who helped spur the company’s growth.

“As I considered the future of SJE-Rhombus, I realized the employees were making this company successful and I felt the employees should share in the company’s success and ownership,” said Johnston.

There has been plenty of success to share: Over the past five years, the company’s stock has risen an average of 21 percent per year. (If the Dow Jones Industrial Average had performed as well, it would be at nearly 34,000 — roughly 13,000 points higher than it stands today.)

Employee owners are briefed at quarterly shareholder meetings, and every February the company reveals the latest stock price at a special event dubbed “ESOP Week.” During the week, the CEO or CFO visits each location to conduct shareholder meetings, present stock certificates, and conduct interactive meetings in which employees can ask questions and learn about the potential value of their stock five, 10, and 15 years in the future.

The company operates an Employee Ownership Activity Committee that is tasked with sharing the employee-ownership message. Today, employee owners from all seven of the company’s locations participate in the committee.

At the suggestion of employees, the company launched an online store where employees can purchase apparel that displays the company logo and the phrase “100% Employee Owned.”

SJE-Rhombus offers a scholarship program for employees’ children, grandchildren, and spouses. It sponsors a Foundation and Charitable Fund Program that donates more than $100,000 a year to non-profits and philanthropic causes, and has won numerous awards for its wellness initiatives.

In 2007, the company was named one of the Best Small & Medium Companies to Work for in America by the Great Place to Work Institute. http://www.greatplacetowork.net/bestworkplaces/a2480000005kCBy

The company previously was awarded the Silver ESOP Award from The ESOP Association for maintaining its ESOP for at least 25 years.

An ESOP (Employee Stock Ownership Plan) is a retirement plan permitted by federal law. Owners of a business set up an ESOP by selling some or all of their shares to an ESOP trust, which then credits shares to the accounts of participating employees.

The Trust holds the shares for employees for the duration of their tenure with the company. After leaving the business, employees may receive cash for the value of their shares or roll the funds they receive into another qualified retirement vehicle.

ESOPs are the only retirement plan authorized to invest primarily in the stock of the employer. Under specific conditions, employees are legally entitled to diversify their ESOP funds and to invest assets outside of the company.

About The ESOP Association:

The ESOP Association is a national non-profit organization with 18 local Chapters. Its members include ESOP companies, companies considering an ESOP, and service providers that assist in setting up and maintaining ESOPs. 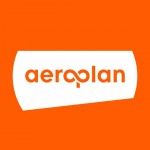 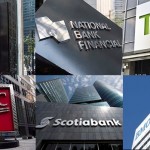