SLAM President & CEO Mike Taylor states, “Congratulations to Dallas Davis and the Edge team on this significant new gold discovery in the mineral-rich province of New Brunswick. These discoveries in the vicinity of the Wheaton Bay fault are further evidence for gold in association with Appalachian structures in Atlantic Canada and suggest that New Brunswick has potential similar to recent discoveries by New Found Gold Corp. and others in Newfoundland.”

This new gold discovery is associated with the Wheaton Bay fault, a regional Appalachian structure that trends easterly through SLAM’s Jake Lee mineral claims. Previous workers discovered one boulder with visible gold and a second boulder grading 302.5 g/t gold in the vicinity of the Wheaton Bay fault to the east of SLAM’s property. The potential source area for these boulders could lie within the Jake Lee claim boundary.

The Company expanded the Jake Lee property southwestward by acquiring an additional 100 unit claim. The expanded property now covers 8937 hectares stretching over 25 kilometres in the vicinity of the Wheaton Bay fault and other favourable Appalachian structures. The Company intends to complete a soil geochemical survey on a portion of the Jake Lee property to test the potential trend of the new gold discoveries as well as the potential source of gold boulders known to occur on adjacent claims.

Menneval Project Update: Trenching is in progress on SLAM’s flagship Menneval Gold project. The Company has uncovered a trail of quartz boulders with a series of trenches over a 600 m strike length along soil trend A. The source of these boulders is likely a set of 3 veins discovered 600 m east of Zone 9 near the end of the 2020 season. The Company followed one of these veins over a 30 m strike length and it is open in both directions. The 0.2 m wide vein is mineralized with pyrite and goethite blebs and limonite in fractures. The Company will continue trenching to follow these veins along strike to the northeast and then to the southwest toward Zone 9. Once the full extent of the vein system is determined by trenching, the Company expects to follow up with a diamond drilling program. Targets include veins No 2 and No 18 both with visible gold. No. 2 returned grades up to 351 g/t gold from grab samples and No. 18 returned grades up to 3955 g/t gold over 0.1 m from chip samples.

The Menneval property is comprised of 572 mineral claim units covering 12,390 hectares located in northwestern New Brunswick. The Company holds a 100% interest in these claims with the exception of 4 claim units covering 105 hectares that are subject to a 1.5% NSR. The Company can buy down 0.5% of the NSR for $500,000 and it has the right of first refusal on the remaining 1% NSR.

Appalachian Gold Structure Model: The Menneval gold discoveries occur on the flank of a major Appalachian structure known as the Restigouche fault. Most other gold deposits in New Brunswick are associated with similar Appalachian structures such as the Millstream Break, Sawyer Brook and Wheaton Bay faults. Major Appalachian structures are associated with the Valentine, Moosehead, Queensway and many other gold deposits in Newfoundland, with the Haile gold mine in South Carolina and with the Dalradian gold project in Ireland. Other New Brunswick examples supporting this Appalachian gold structure model include gold discoveries by Puma Exploration Inc. near the Millstream Break and by Galway Metals Inc. near the Sawyer Brook fault. The same model applies to past and recent gold discoveries near SLAM’s Jake Lee property along the Wheaton Bay fault.

SLAM is a project-generating resource company focused on is its flagship Menneval Gold project where the 2021 trenching program is underway. The Company intends to conduct preliminary prospecting and geochemistry on the Gold Brook, Birch Lake gold, Wilson gold and Ramsay gold projects in the vicinity of the Millstream Break in northern New Brunswick. SLAM also expects to conduct preliminary programs on the Jake Lee, Mount Victor and other gold properties on the flanks of the Sawyer Brook and Wheaton Bay faults in southern New Brunswick. SLAM owns the Reserve Creek, Opikeigen and Miminiska gold projects in Ontario and the Mount Uniacke gold project in Nova Scotia. The Company owns a portfolio of base metal properties in the Bathurst Mining Camp (“BMC”) that is subject to an option agreement. SLAM holds NSR royalties on the Superjack, Nash Creek and Coulee zinc‐lead‐copper‐silver properties in the BMC.

The Company has generated cash from the sale of securities received from mineral property option agreements with other companies and has sufficient funds for the work currently in progress. The Company has applied for funding assistance up to $100,000 under the New Brunswick Junior Mining Assistance Program in support of a proposed 2021 drilling program. Additional information about SLAM and its projects is available at www.slamexploration.com or from SEDAR filings at www.sedar.com. Follow us on twitter @SLAMGold.

QA-QC Sampling Procedures
The following description of procedures is copied from the news release published by Edge:

“Drill supervision, core box transportation, sampling, logging and storage have been undertaken personally by Adrian Davis, P. Geo., of XplorEv Geological Services. Sampling was done jointly with Dallas Davis. Samples were delivered personally by Dallas Davis to the Actlabs sample preparation facility in Fredericton, New Brunswick. Blanks and certified standards were inserted and analyzed according to the protocol of Actlabs, a company with ISO/IEC 17025 accreditation. EDGE will insert blanks and standards once the nature of bedrock mineralization is known and the most appropriate standard obtained based on this knowledge. …“Actlabs” in this news release refers to Activation Laboratories Ltd., 41 Bittern St., Ancaster, ON L9G 4V5. Analytical methods used on till samples from the Utopia Project are under “Notes” at the base of the above analytical results table.”

Qualifying Statements: Both Dallas Davis and Adrian Davis are Qualified Persons as defined by National Instrument 43-101. Dallas Davis is the principal owner of Edge and is not an “arms length” party to Edge. All of these parties are “arms length” to SLAM. Mike Taylor P.Geo, President and CEO of SLAM Exploration Ltd., a qualified person as defined by National Instrument 43-101, approves the technical information contained in this news release.

Certain information in this press release may constitute forward-looking information, including statements that address the Private Placement, the closing of the Private Placement, future production, reserve potential, exploration and development activities and events or developments that the Company expects. This information is based on current expectations that are subject to significant risks and uncertainties that are difficult to predict. Actual results might differ materially from results suggested in any forward-looking statements. The Company assumes no obligation to update the forward-looking statements, or to update the reasons why actual results could differ from those reflected in the forward looking-statements unless and until required by securities laws applicable to the Company. There are a number of risk factors that could cause future results to differ materially from those described herein. Information identifying risks and uncertainties is contained in the Company’s filings with the Canadian securities regulators, which filings are available at www.sedar.com. Neither the TSXV nor its Regulation Services Provider (as that term is defined in the policies of the TSXV) accepts responsibility for the adequacy or accuracy of this release. 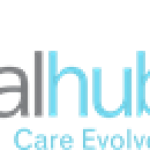 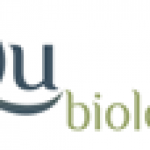