CBJ — Canadian engineering and construction company SNC-Lavalin Group has offered to buy WS Atkins of the U.K. for about $2.6 billion.

The boards are discussing other terms and conditions of the possible offer which is conditional upon diligence and financing.

Atkins’ shares jumped to a new high of 2,004 pence following news of the proposal. They were up 29% on the London Stock Exchange.

In January, the stock rose sharply after media reports said the group had been approached by U.S. peer CH2M about a possible $4 billion merger.

Last month, SNC Chief Executive Officer Neil Bruce said the company has been weighing acquisitions to boost growth. It has also been cutting costs in order to lift margins at its core engineering and construction division.

Canadian companies have been aggressively looking for deals outside the country, driving outbound mergers and acquisitions to record levels in recent years. 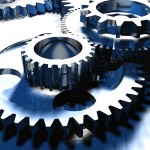