CBJ — Jeff Ball has been named to lead SNC-Lavalin as its new chief financial officer, replacing Sylvain Girard, who will step down on April 14.

Bell is an experienced business executive who previously held the same title with Centrica, a British energy services firm.

In December of last year, SNC-Lavalin was fined $280 million after its construction division pleaded guilty to fraud for actions taken in Libya between 2001 and 2011. The case drew immense public attention when former attorney general and minister of justice Jody Wilson-Raybould said she felt pressured by the Trudeau government not to prosecute SNC on criminal charges. She relinquished her executive positions and soon thereafter was forced out of the Liberal party. Trudeau and members of his team flatly denied the allegations they pressured her decision, but Wilson-Raybould stood by her claim. 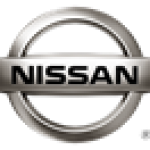