The vast majority of the total loss can be directly attributed to a $280 million fine it agreed to pay after its construction subsidiary pleaded guilty to fraud for actions taken in Libya between 2001 and 2011.

Many changes have been made at the executive level with a promise to move in a new, fresh direction, free of any controversies. 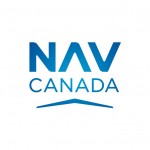