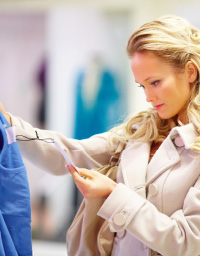 The loonie is at a three-year high relative to the U.S. dollar, but a report from BMO Capital Markets has found that prices for common consumer goods have not equalized on this side of the border.

Douglas Porter, Deputy Chief Economist with BMO, said in the report Canadians are paying more than 20 per cent more in stores than Americans.

A similar study conducted in June 2009 showed the difference was significantly lower, at seven per cent.

“There has been precious little movement in underlying relative prices in the past two years despite the currency’s record sprint,” Porter said.

“Essentially, the price gap has widened one-for-one in line with the rebound in the currency. Put another way, there has been precious little movement in underlying relative prices in the past two years, despite the currency’s record sprint.”

Porter illustrated the price gap, saying that the price of a pair of sneakers in the U.S. that should cost less than $100 were in fact priced at $147.99, roughly 50 per cent more.

“Canadians should get accustomed to a lofty loonie, and we continue to look for the currency to remain above par through 2012, if not beyond,” he said.

The rising dollar might not be advantageous for consumers, but another BMO study showed how Canadian small business can capitalize on it.

“Parity with the U.S. dollar represents a significant opportunity for Canadian entrepreneurs to enhance their productivity by upgrading or refreshing their equipment,” said Cathy Pin, Vice-President, BMO Commercial Banking. “A strong Canadian dollar provides additional purchasing power when importing this equipment and purchasing supplies and inventory from the global market.”

Small business owners in British Columbia are significantly more likely to expand into the U.S. and Mexico than those in Ontario and Quebec (21 per cent versus nine per cent respectively).

Compared to the national average, entrepreneurs in Manitoba and Saskatchewan are more likely to use the strong dollar to upgrade processes, equipment and machinery (56 per cent versus 80 per cent), and twice as likely as those in Alberta (80 per cent versus 40 per cent).

Small businesses in Quebec are the most likely to leverage the strong dollar to increase staff (26 per cent), followed by Ontario (24 per cent) and British Columbia (21 per cent).

Furthermore, the impact of the strong dollar will vary depending on the sector, presenting both opportunities and challenges for Canadian businesses. For example, utilities, broadcasters, sport teams and some retailers could benefit from a stronger currency, while manufacturing, tourism and some resource industries could face some difficulties as the loonie remains firm.

“We expect the Canadian dollar to appreciate modestly further and trade about five cents above parity against the U.S. dollar later this year in response to high commodity prices, rising interest rates from the Bank of Canada, and Canada’s relatively good fiscal standing,” said Sal Guatieri, Senior Economist, BMO Financial Group. “However, the currency will likely return to parity by late next year as a result of Canada’s moderately high trade deficit and expected monetary tightening by the Federal Reserve.”

The online survey was conducted by Leger Marketing between February 1 – 25, 2011, using a sample of 507 Canadian small business owners. A probability sample of the same size would yield a margin of error of ±4.4 per cent, 19 times out of 20.