Burgers have made a big comeback in the past decade and it seems almost every restaurant has added them to their menus. The demand is certainly there. Burgers are a familiar and filling option that give customers a bang for their buck. While the basic burger remains a beloved staple, burgers also got fancy, allowing customers tocustomize their perfect burger through countless combinations of toppings and sides.

Developed in March of 2011, Soda Jerks has been in development over the past four years and currently has three locations: two in Edmonton and one in St. Albert.

Founded by restaurateurs, Lance Popke and Wayne Hemmerling, who decided to trade in steaks for burgers after the impact of the 2008 recession.

“The burger craze was just starting and we wanted to open up a diner-style restaurant,” says Popke, Business Development Leader. “We started out as Soda Jerks Restaurant and then Soda Jerks Retro Grill but finally settled on the current name of Soda Jerks Burgers & Bottles (Soda Jerks). We wanted to be clear in what we were about; fun and different but still keeping the element of service.” They converted their steakhouse restaurant into a licensed dining experience that delivered fun-food at full service.

At one point, Soda Jerks attempted more of a “knife and fork” dining experience, offering other classical diner-style food. Once again, despite demand, these items were not as popular as their burgers.

“We have such an extensive option of building burgers and people took note of that,” says Popke. “Burgers is what we do best and that’s when we decided to be a burger place that serves glass-bottled soda.”

Through a journey of trial and error, Soda Jerks have perfected a really great burger. The “Build Your Own Burger” is their number one selling item which satisfies the adventurous appetite with items like Buffalo Onion Rings or Chocolate Covered Bacon, to name just two.

A unique feature to Soda Jerks is their selection of 45 flavours of soda that come in a classic glass bottle. They also carry 20 flavours of milkshakes and 20 flavours of vodka. It’s a truly distinctive dining experience.

“The menu has changed dramatically since we first started,” says Popke. “At first, we tied into the health craze by offering items like grilled salmon and quinoa, for example. The problem was, no one ordered these things. Customers always gravitated towards the double cheeseburger and onion rings. While eating healthy is great and has its place, our customers are more about having that ‘cheat day’where they can indulge in moderation.”

Being unique with their selection of soda, Soda Jerks offers a variety of brands but do not duplicate their flavours. “We’re all about giving our customers variety,” says Popke. “Our main focus has always been trying to make the menu fun and exciting.We invest a lot of time, money and research into developing our menu.”

As a result of their successful branding, many customers think that Soda Jerks is a chain from the United States rather than a local and home-grown business.

“We love and take it as a huge compliment when customers assume that we’re an American franchise,” says Popke. Soda Jerks burgers are high quality and reasonably priced. The average burger is about $14 and comes in at a hefty 8 ounces of AAA ground chuck that is hand mixed and hand pressed daily as well as a side of fresh cut fries. All of their sodas also offer value and are all priced the same.

The Soda Jerks experience begins with a menu containing all of the featured items. Customers are also provided with a checklist to custom pick the bun, toppings and side of their choice. “You can create a crazy burger without blowing your budget” says Popke.

While the bacon cheddar burger remains a customer favourite, the customers that really love Soda Jerks are the ones that are picky because they can build a burger to their palette.

Diversity has been a key element for business as the Soda Jerks staff come as diverse as their burgers do.

“To be different, we have to be that much better” says Popke. “We hire our staff for their attitude. We have fun and motivated people that work for us from all walks of life.”

All three of the Soda Jerks locations are a reflection of this like-minded approach that recognizes individuality within a team setting.

While their flagship location in West Edmonton, converted from their steakhouse continues to embody a classy ambience, a recent, exciting development for Soda Jerks has been the opening of new locations from the ground up in the North.

On a typical Saturday, Soda Jerks can serve close to 1000 burgers between its locations, each one different from the last, which can be a daunting task.

“We’re really working hard on delivering our product while maintaining the integrity in its flavour in a more efficient manner while also delivering a service experience,” says Popke.

Soda Jerks is also actively seeking franchisees interested in expanding their business. “We want to support these franchises,” says Popke. “We are looking at partners and area developers to take the concept, run with it and see it do well.”

Burgers may have garnered a bad reputation towards healthier eating but the shift towards great simple comfort food has been making its comeback. The key to a great burger is its simplicity, paired with great ingredients and making sure that it’s consistent every time and that’s what Soda Jerks Burgers & Bottles does extraordinarily well. 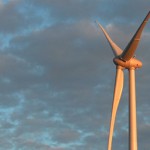 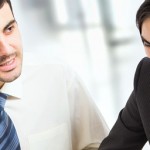