NOT FOR DISTRIBUTION TO UNITED STATES NEWSWIRE SERVICES OR FOR DISSEMINATION IN THE UNITED STATESCALGARY, Alberta, April 14, 2020 (GLOBE NEWSWIRE) — Softrock Minerals Ltd. (TSXV: SFT) (“Softrock” or the “Company”) today announced that The Honourable Nick Taylor resigned as President and Chief Executive Officer of the Company effective immediately for personal reasons.  The Company appointed Stuart B. McDowall, a director of the Company, as the Company’s new President and Chief Executive Officer and appointed Mr. Taylor as non-executive Chair of the Board.  Mr. McDowall is an independent businessman and civil engineer and was Canada’s trade commissioner for over 30 years, with postings in Europe, the Middle East, Africa and South America.  Mr. McDowall has been a director of Softrock since 2009 and is also a director of Groundstar Resources Limited and Wilton Resources Inc.  The Company thanked Mr. Taylor for his many years of service as Softrock’s President and Chief Executive Officer.Softrock also announced that the Board granted options to purchase an aggregate of 2,100,000 common shares of the Company to its directors and officers.  The options are exercisable at a price of $0.05 per share and expire in five years.  The options were issued in replacement of the options held by the grantees that had previously expired.FOR FURTHER INFORMATION, PLEASE CONTACT:
Stuart McDowall, President and Chief Executive Officer
Softrock Minerals Ltd.
Email:  softrockminerals@shaw.ca
CBJ Newsmakers 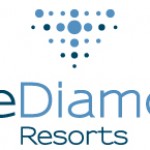 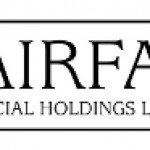