“In 2017, we made important strides laying the framework for Solis Tek to capitalize on the broad long-term growth opportunity that lies before us, mostly notably launching our Lighting Controller in the fourth quarter, which represents the latest in a sustained cycle of product innovation, and completing a financing transaction in November that will enable us to ramp our commercialization strategy in 2018,” commented Alan Lien, Solis Tek’s Chief Executive Officer. “We remain confident in the demand trends for our products in both the lighting and nutrient verticals, which will leverage the same distribution-supply channels and client base, driving significant revenue growth and expanded margins.”

Mr. Lien continued, “Throughout 2017, we completed much of the foundation work to establish our nutrient vertical, including completing development of our Terpenez essential oil intensifier, which we expect will start generating increasing revenues in 2018. We are confident that we have the right management team in place to execute on our growth strategy and look forward to further expanding the breadth of our vertical markets across the global cannabis industry supply chain. Solis Tek is focused on maintaining healthy inventory levels of key products, while leveraging its deep industry network to identify new opportunities, such as our March 2018 exclusive agreement under which Solis Tek will distribute Torus Hydro’s pH stabilizer that automatically balances the pH of a hydroponic nutrient feed. We believe that such new partnerships will support continued revenue growth in 2018 and beyond.”

For the full year 2017, revenues were $8.98 million, representing a 5% increase over the same period in 2016. These increases were driven by increased market penetration among hydroponic customers and commercial facilities. Cost of revenues increased 7% over 2016, resulting in a gross margin of 35%, compared with 36.4% in 2016.

Selling, general, and administrative expenses were $11.8 million in 2017, up from $3.17 million in 2016, due primarily to stock-based compensation expense of $6.3 million and, to a lesser extent, increased payroll, professional fees, consulting, marketing and other expenses to support our current business objectives.

Other net expenses for 2017 were $5.12 million, compared with $117,293 in 2016. The increase was largely attributable to the recording of financing costs and the change in fair value of derivative liability, which did not apply to the 2016 period.

Net loss for the year ended December 31, 2017 was ($14.0) million, or ($0.38) per share, compared with a net loss of ($538,710), or ($0.02) per share for the same period in 2016, as higher gross profit was more than offset by increases in operating expenses and other expenses, mostly from higher stock-based compensation expense, financing costs and changes in fair value of derivative liability.

To be added to the Solis Tek email distribution list, please email [email protected] with ‘SLTK’ in the subject line.

Solis Tek is a vertically integrated technology innovator, developer, manufacturer and distributor focused on bringing products and solutions to commercial cannabis growers in both the medical and recreational space in legal markets across the U.S. For nearly a decade, growers have used Solis Tek’s lighting solutions to increase yield, lower costs and grow better to maximize their return on investment. The Company’s customers include retail stores, distributors and commercial growers in the United States and abroad. For more information, please visit our website, www.solis-tek.com.

This press release contains forward-looking statements within the meaning of Section 27A of the Securities Act of 1933 and Section 21E of the Securities Exchange Act of 1934. These forward-looking statements are based on the current plans and expectations of management and are subject to a number of uncertainties and risks that could significantly affect the Company’s current plans and expectations, as well as future results of operations and financial condition. The Company undertakes no obligation to publicly update or revise any forward looking statements, whether as a result of new information, future events or otherwise. 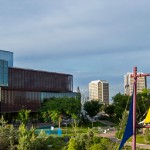