“THIS PRESS RELEASE, REQUIRED BY APPLICABLE CANADIAN LAWS, IS NOT FOR DISTRIBUTION TO U.S. NEWS SERVICES OR FOR DISSEMINATION IN THE UNITED STATES”

Each Unit consists of one Sonoro Common Share and one Share Purchase Warrant.  Each warrant entitles the holder to purchase one additional Sonoro Common share for a period of two years from the closing date at an exercise price of $0.30 per share.  All securities issued and issuable in connection with the Offering will be subject to a 4-month hold period ending August 21, 2021.  The Offering has received conditional acceptance from the TSX Venture Exchange but remains subject to receipt of final approval from the TSX Venture Exchange.

In connection with the Offering, the Company entered into finder’s fee agreements with Haywood Securities Inc. (“Haywood”), Echelon Wealth Partners Inc. (“Echelon”), Couloir Capital Securities Ltd. (“Couloir”), Canaccord Genuity Corp. (“Canaccord”), and National Securities Corp. (“National Securities”), (collectively, the “Finders” and each, a “Finder”) pursuant to which the Company paid to each Finder:

The net proceeds from the Offering will be used principally to fund Sonoro’s ongoing development plans at its Cerro Caliche Gold Project located in Sonora, Mexico, including completion of metallurgical testing, preparation of a 43-101 resource update, a Preliminary Economic Assessment, in addition to property maintenance payments, and secondarily for corporate and general administrative expenses.

Sonoro’s President and CEO, Kenneth MacLeod stated, “In light of the determination of Sonoro’s management to maintain a strong percentage ownership in the Company, we are pleased to report that members of the senior executive team contributed to 14% of the private placement financing. In addition, all members of the technical and management teams have demonstrated their commitment to the Company’s exploration and development plans for the Cerro Caliche project.”

Sonoro’s Chairman John Darch added, “Since the completion of our $8 million financing in September 2020, exceptional drilling results support the Company’s conceptual plan to develop a heap leach mining operation (“HLMO”) having a capacity of between 15,000 to 20,000 tons per day. The reception to this current financing, which continued to be oversubscribed despite being increased in size twice, reflects investors’ confidence in the Company’s plans.  We expect that the funds raised will sustain our operations beyond the completion of a 43-101 resource update and a Preliminary Economic Assessment, both expected by this July. On behalf of the Sonoro executive team, I would like to emphasize our confidence that these independent reports will reflect both a material increase and upgrade in our current inferred resource1, together with robust economics for the conceptual heap leach mining operation, which we anticipate will enable us to raise debt financing to construct the HLMO with the objective to commence production in early 2022.”

Readers are cautioned that, until the Preliminary Economic Assessment’s completion, no definitive conclusions can be made as to the technical or economic viability of the proposed HLPO.

On behalf of the Board of SONORO GOLD CORP.

Forward-Looking Statement Cautions:
This press release contains certain “forward-looking statements” within the meaning of Canadian securities legislation, relating to, among other things the intended use of the proceeds of the Offering and the Company’s intention to proceed with the execution of its exploration and development plans for its Cerro Caliche Project, including the development of a heap leach pilot operation; and statements regarding the timing for completion and anticipated results of a new independent resource estimate and PEA, a proposed target date for production and future debt financing. Although the Company believes that such statements are reasonable based on current circumstances, it can give no assurance that such expectations will prove to be correct. Forward-looking statements are statements that are not historical facts; they are generally, but not always, identified by the words “expects,” “plans,” “anticipates,” “believes,” “intends,” “estimates,” “projects,” “aims,” “potential,” “goal,” “objective,” “prospective,” and similar expressions, or that events or conditions “will,” “would,” “may,” “can,” “could” or “should” occur, or are those statements, which, by their nature, refer to future events. The Company cautions that forward-looking statements are based on the beliefs, estimates and opinions of the Company’s management on the date the statements are made and they involve a number of risks and uncertainties, including the risks that the Company will not be able to secure sufficient future financing necessary to fund all of its proposed exploration and development of its Cerro Caliche Project, or to fund its other project exploration and development business; future exploration, assaying, analysis and engineering results will be unfavourable and will not support the proposed plan to build a heap leach pilot operation or justify further exploration efforts; equipment failures, accidents, or external problems (e.g. civil unrest, public health emergencies) may materially increase the Company’s business expenses or delay (or prevent altogether) the execution of the Company’s business plans; and unanticipated changes in the legal, regulatory and permitting requirements for the Company’s mineral exploration programs and development plans for its projects, at present, all of which are located in Mexico, may prevent the Company from carrying out some or all of its business plans. 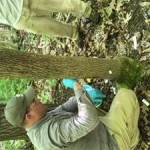