TORONTO, Oct. 21, 2019 (GLOBE NEWSWIRE) — Sparton Resources Inc. (TSXV.SRI) (“Sparton” or the “Company“) announced today that it has increased the size of Bruell Gold Property in Vauquelin Township, Quebec, by approximately thirty (30) percent. Fifteen (15) additional mining claims ( the “New Claims”) have been acquired from a private prospector ( the “Prospector”)  and these represent an approximate four (4)  kilometer easterly extension of the original 36 claim Bruell claim group which hosts newly discovered gold mineralization contained in a number of shear zones and related quartz vein systems located in the east central part of the original Bruell claim area.
These New Claims will become part of the original Bruell Option Agreement and subject to its terms and conditions (see Company News Release dated August 11, 2017). Any Production Royalties that may become payable related to New Claims however, will accrue only to the Prospector who has vended the New Claims into the Bruell Option Agreement.Acquisition costs to be paid by the Company for the New Claims include the staking and claim maintenance costs incurred by the Prospector.During its 2018-2019 2,000 meter drill program, Sparton located (in only one area tested) continuous gold mineralization along a 250 meter strike length and to a vertical depth of about 125 meters. This work tested the “Vein Zone” area on the east central part of the claims (See Sparton News Release dated April 25, 2019). This zone is approximately 1,500 meters west of the west boundary of the New Claims.“We are very pleased to include this new claim group into the Bruell property package,” stated A. Lee Barker, Company CEO. “Based on a review of assessment filings, very little detailed exploration work has been done in the area, and given the strength of the structures hosting the mineralization in the Vein Zone, we believe it is highly likely that these could extend eastwards, effectively adding several kilometers of exploration potential.”A plan map showing the new claims related to the original Bruell Claim will be posted on the company website www.spartonres.ca following this news release.ACCESS AND INFRASTRUCTUREAll of the (now) 51 Bruell claims in the property package are accessible from Val d’Or and Senneterre by paved Highways 117 and 113, and local forestry roads and logging trails. The Bruell property contains a number of structurally hosted vein and shear zone type gold occurrences. Two (2) shallow, vertical shafts, the Bruell 1 and Bruell 2, and one inclined shaft, the Avocalon/Aurora were excavated on the claims in the 1930s during past exploration programs.Three other areas on the claims have also been selected for future testing in addition to the extensions of the current Vein Zone mineralized area. Each of these has encouraging gold values in past drilling and associated geophysical targets that have not been comprehensively evaluated.A. L. Barker M.A.Sc., P. Eng., P. Geol. is the Qualified Person under NI 43-101 for the technical information in this news release and has reviewed all available data for the Bruell Property and approved the contents of this news release.For more information contact:
A. Lee Barker, M.A Sc., P. Eng., P.Geol.
President and CEO
Tel./Fax: 647-344-7734 or Mobile: 416-716-5762
Email: [email protected] Website: www.spartonres.ca
CBJ Newsmakers 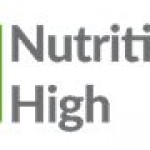 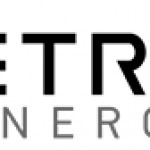