Home | Features | May 17 | Speaking With A Stacked Deck

Speaking With A Stacked Deck

The expression “stacking the deck” usually refers to dishonest card players who pre-arrange the sequence of a deck of cards in order to win a game. Therefore when a situation is said to be “stacked against you”, the belief is that there is usually little chance of winning.

Fortunately the opposite happens when you are asked to speak at an event – the “speaking deck” is stacked for the speaker, even before the first word of a presentation is uttered.

Even experienced speakers worry about their next performance. You might get laryngitis on the day of your speech, trip and fall walking to the lectern, or have an audiovisual breakdown at the crucial moment of your presentation. However, while these unplanned challenges might happen anyway, you can be sure that the people who asked you to speak at their event will do their utmost to ensure that the “speaking deck” is stacked for you.

How do the organizers stack the deck?

When an organization such as a Chamber of Commerce, a Business Club, an academic institution, a charitable organization and other groups that organise presentations decide to create an event with a keynote speaker, the Program Chairperson must (1) pick a topic and a date, (2) choose the venue and (3) find an appropriate speaker on whose lecture the program will be based.

Since every organization’s reputation relies heavily on the favourable outcome of its programs, everybody involved in promoting the event will do their best to ensure that you are a success. The entity will want to convince its membership to attend the event by featuring their choice of speaker, and considerable effort will therefore be made to stack the deck for you.

When the day of the event finally arrives, the audience will come expecting to be entertained, informed, moved, educated or motivated because they have been “sold” on you by the organizing committee. Every individual in the audience will be looking forward to seeing and hearing you because their organization has chosen you to be the keynote speaker.

At the beginning of the event the person introducing you on stage (usually an executive of the organization planning the event, and well-known to the audience) will enthusiastically highlight new details about you that were not necessarily included in the promotional material. By dramatically describing your background the introducer confirms that you are the best person to talk about your topic, and then symbolically hands you over to the audience.

However, as the following story shows, it is wise to pre-prepare your own introduction for the Introducer – you will have made his job easier, while simultaneously ensuring that the audience will hear what you want them to hear.

An ageing entertainer with a well-established reputation for being very funny was introduced at a Seniors’ Club event by an admirer. The entertainer had had a long and successful career as a comic and was planning to share his retirement plans with an audience of similar ages. The introducer was not aware that the speaker could not improvise and that his material was always prepared by script-writers and introduced the entertainer as follows:

As he listened to the introduction Johnny realized that he was going to have difficulty meeting the audience’s expectations and as he spoke he sipped some liquor, hoping that the alcohol would help loosen his tongue and remind him of some of his funnier lines. Unfortunately the opposite happened and his presentation became an embarrassment and was a grave disappointment for everyone involved.

If Johnny had prepared an introduction describing the topic he wanted to cover, he would have been successful. Instead the result was the opposite of the well-known axiom: “under-promise and over-deliver”.

Introduction: Provide a card to the introducer with personal details about your topic. This no time to be timid and the ideal introduction is one you have written yourself. The introducer will thank you for making his job easier.

Style: Formal or informal? Body language and clothing set the tone and are visually important. Decide on jacket and tie for men and tailored business suit for women … or opt for a more casual look. The audience will be evaluating your credibility from the first moment they see you.

Topic: Is the audience made up of members of the sponsoring organization? Will details of your topic be easily understood by everyone? Avoid acronyms and be prepared to clarify any points during the Q & A session at the end.

Audiovisuals: Today’s audiences are very knowledgeable of audiovisual technology. Remember KISS – “keep it simple, speaker!”. Avoid relying heavily on videos and canned images – they came to see YOU the speaker, not to constantly look at a screen – anyone can flip slides.

Ages: What will be the audience’s average age? An older audience will identify with and react more favourably to personal stories and confidences – younger audiences may be more impatient and be on their smart-phones as you speak.

Gender: Will the audience be equally divided? Men and women assess speakers differently. Ensure that your visual and verbal message will be understood by a majority of your audience.

Message. Will your audience want a presentation that has an action message or a more philosophical theme? Organizers can provide a guide to what they think your audience will react positively to.

Statistics: There’s safety in numbers and statistics don’t lie. Your credibility will be enhanced by quoting some proven numbers to back up your statements, or even waving current newspaper clippings a proof.

The Speaking Deck is stacked for you even before walking on stage. Knowing this will help even the novice speaker to succeed. As for suggestions on the HOW TOs of delivering a speech, these will be the topic of a future article.

As an international businessman and keynote speaker, Ennio Vita-Finzi’s comments are based on many years of hands-on experience in front of audiences on three continents. [email protected] 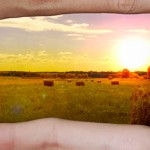 Keys to Creating a Canadian Vision 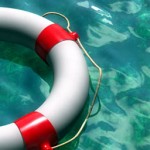 How to Take Advantage of New Rules For Life Insurance