Consumers encouraged to check their credit reports to help spot identity theft
TORONTO, March 01, 2021 (GLOBE NEWSWIRE) — Stay-at-home orders and quarantine restrictions have caused many Canadians to spend more time online buying groceries, arranging curbside pick-ups and ordering restaurant deliveries.  This has caused them to be more attuned and concerned about the threat of fraud and identity theft according to a recent consumer survey conducted by Equifax Canada.About eight-in-ten (78 per cent) surveyed Canadians indicated that they feel vulnerable as a target for fraud online, a six-point increase compared to the same survey in 2020 (72 per cent). More than half (54 per cent) said they also feel vulnerable to fraudsters when they’re ‘on-the-go’ (e.g., using public WiFi, ATMs, etc.), which is an increase of eight points compared to last year (46 per cent). The survey also revealed that women are more likely to express a feeling of vulnerability versus men as a target of fraud on-the-go (57 per cent vs. 50 per cent) and at-home (37 per cent vs. 28 per cent). Likewise, Canadians age 55 and older expressed feeling more vulnerable compared to adults age 55 and younger ‘on-the-go’ (60 per cent vs. 50 per cent) and ‘at-home’ (39 per cent vs. 28 per cent).“Fraudsters and identity thieves are always looking to take advantage of a crisis,” said Julie Kuzmic, Director of Consumer Advocacy, Equifax Canada. “It’s understandable to feel vulnerable given these difficult times, but we must remain vigilant in the fight against fraud and identity theft. Anyone feeling vulnerable to this type of crime can alleviate some anxiety by regularly checking their credit reports online for suspicious activity.”COVID-19 and FraudSince the beginning of the COVID-19 pandemic, eight-in-ten (80 per cent) Canadians say they have embraced at least one of the following practices, such as ordering online, curbside pickup (41 per cent), in-store self check-out (38 per cent), in-store pickup of online orders (38 per cent), and restaurant delivery (35 per cent). With respect to helping prevent fraud or identity theft, 73 per cent of Canadians have made or noticed at least one change due to the pandemic.Changes in activity include:“Criminals are probing for weaknesses, whether it’s online, by phone or in-person,” added Kuzmic. “It’s encouraging that some people are taking fraud and identity theft more seriously, but we need to do more to educate ourselves to help prevent this sort of crime before it happens. In particular, we continue to be concerned about younger adults, many of whom are still not doing simple things like changing computer passwords or double-checking financial statements.”Millennials at Risk of Identity TheftBased on the survey results, young adults continue to lag in their understanding about the risks of fraud and identity theft:However, adults age 35 and older are significantly more likely to have taken one or more of the following actions in an effort to protect their personal data over the past 12 months:The Canadian Anti-Fraud Centre (CAFC), the central agency tracking fraud and identity theft, received 101,483 fraud reports involving nearly $160 million in reported losses in 2020. Moreover, 67,294 of the reports were from Canadian consumers and businesses, which reported losses totalling more than $104.2 million. It is estimated that fewer than 5 per cent of victims of fraud file a report with the CAFC.“If you ever become a victim of fraud or identity theft, then you should tell your family, friends, neighbours and co-workers about your experience,” said Jeff Thomson, a senior RCMP intelligence analyst with the CAFC. “We need more people to report fraud. If it happens to you, report it to the Canadian Anti-Fraud Centre, your financial institutions, credit bureaus and police. By sharing your story, you may prevent someone else from becoming a victim.”Equifax Canada encourages all consumers to check their credit reports at least annually. More tips on ways to help protect yourself from becoming a victim of identity theft can be found on the company’s website at: https://www.consumer.equifax.ca/personal/education/identity/. Consumers concerned about fraud and identity theft can also place an alert on their Equifax credit reports by calling: 1-800-465-7166.
Equifax surveyed 1,540 Canadians ages 18-65, Feb. 5-7. A probability sample of the
same size would yield a margin of error of +/- 2.5%, 19 times out of 20.About Equifax
At Equifax (NYSE: EFX), we believe knowledge drives progress. As a global data, analytics, and technology company, we play an essential role in the global economy by helping financial institutions, companies, employees, and government agencies make critical decisions with greater confidence. Our unique blend of differentiated data, analytics, and cloud technology drives insights to power decisions to move people forward. Headquartered in Atlanta and supported by more than 11,000 employees worldwide, Equifax operates or has investments in 25 countries in North America, Central and South America, Europe, and the Asia Pacific region. For more information, visit Equifax.com. 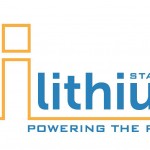 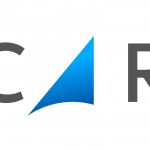