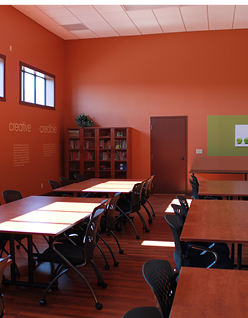 Since 1990, Stevens Resource Group (SRG) has provided reliable partnerships with businesses expanding their teams and human resources. Based in Ingersoll, Ont. with seven other offices across the province, SRG has developed a lasting partnership with the Ontario business community and unparalleled understanding of its needs, making the company an endearing partner recognized for quality placements and business acumen.

Having grown into a multi-million dollar business itself, SRG maintains its boutique staffing philosophy. At the core of what the company does is creating teams and partnerships, and clients depend on SRG to be flexible and quick to respond the moment their needs evolve.

The maven behind SRG is Sherri Stevens, a self-starter who decided to take control of her destiny during the 1990 recession and start her own company.

Motivated by necessity, Stevens set out to supply administrative and clerical needs under the banner of her one-person branch called Nine-to-Five Personnel Services. Despite this focus, an increase in manufacturing needs persuaded Stevens to shift her focus to an all-inclusive human resources group, changing the company name to SRG.

In 22 years, the company has evolved quite a bit. Administrative clients still make up 20 per cent of the business, with the other 80 per cent in the industrial/automotive sector.

The Tipping Point came in the form of a phone call in 1992, from a Woodstock client asking if Stevens would consider looking after their variable team members for the production floor. After a tour of the plant, Stevens decided she would be able to assist them if they could help her understand their needs.

As a testament to this enduring partnership, SRG opened its first American plant in Tupelo, Miss., to work closely with Vuteq, an automotive interior trim and glass assembly expert with major facilities in both Ontario and Mississippi as well as other clients in the automotive sector.

“What distinguishes SRG is that even though we are a larger company, I believe we still have a small company attitude and with that comes the ability to be very responsive to our clients’ needs,” says Stevens. “My managers can reach me at any given time to get answers as we are very determined to really deliver what the client requests.”

Stevens and her team have garnered industry attention for SRG’s tailor-made solutions for a variety of client needs. In fact, Stevens name often comes up in discussions about the top women entrepreneurs in Canada, and she has been in the Top 100 for the W100 PROFIT list for six consecutive years as one of the country’s most successful female business owners.

“It’s not my achievement alone,” Stevens comments. “Behind any entrepreneur is a great team and all my credit goes to them.” Clearly, putting together a team is what Stevens does best.

During recent hard times, SRG did not slow down. Rather, the company “went back to basics” and “stayed very close with clients.” Stevens was aware of the vulnerability of some of her clients to the economic downturn, and sought new ways to work together.

“We stayed close to them and are always watching what the market trends are and the needs of the clients and how they are changing.”

As SRG gains ground in the U.S., the company is still focusing on continued growth in the Canadian marketplace and is looking for more acquisitions throughout both countries. Expansion to the U.S. had always been a goal, and 2011 was the time that the market appeared ready for business and revenue.

To be closer to the new Tupelo branch, Stevens bought a home in Mississippi. Stevens often reflects on the achievements of SRG. “[My mother and I] sit there in the living room and say, ‘Did you ever think we would have a branch here in Tupelo, Mississippi?’ It seems like it was yesterday that we started the business but it has gone by so fast. It is amazing to see what one can achieve if you set your heart to it.”