VANCOUVER, British Columbia, July 09, 2020 (GLOBE NEWSWIRE) — Standard Uranium Ltd. (“Standard Uranium” or the “Company”) (TSX-V: STND) is pleased to announce that it has acquired, through staking, two new projects in the eastern Athabasca Basin, totalling 11,040 Hectares. The Canary and Ascent Projects are located 40 kilometers north east of the Company’s Atlantic project (see Figure 1) and approximately 12 and 33 kilometres, respectively, from IsoEnergy’s Hurricane Zone at their Larocque East Project (See Figure 2).
Figure 1: Standard Uranium Canary and Ascent Projects relative to Atlantic Property. is available at https://www.globenewswire.com/NewsRoom/AttachmentNg/c838ce47-fd07-47de-a1ff-90513d62d344Canary Project HighlightsTwo claims totalling 7,303 Ha.Depth to the sub-Athabasca unconformity is known to be between 84 and 230 metres from the surface.Historical airborne EM work between 1993 and 2006 has identified three (3) conductive corridors that identify as graphitic meta-sediments, which are prospective host rocks for uranium mineralization.Historical ground EM and IP surveys have confirmed two prospective target areas on the property related to structural disruptions of the conductive corridors.Historical drill-hole CRK-137 identified highly anomalous uranium enrichment near the unconformity with 10 ppm uranium over 7.4 metres in systematic composite sampling of the sandstone, and strong hydrothermal alteration was observed throughout the interval. Within this zone, a discrete 0.5m sub-interval returned 103.1 ppm uranium; and a 1.0m interval in the graphitic meta-sediments immediately below the unconformity returned 200.0 ppm uranium. Only one of the three conductive targets have been tested by drilling, and the one that has been tested is considered highly anomalous. Ascent Project HighlightsOne claim totalling 3,737 Ha.Depth to the sub-Athabasca unconformity is known to be between 0 and about 50 metres from the surface. The eastern part of the project has no Athabasca sandstone cover.Historical airborne EM work in 1979 and 2006 has identified one large, 6-km long and 3-km wide conductive corridor with numerous target areas related to potential cross structures.In the early 1980’s the area was covered with ground EM surveys and confirmed the airborne targets.A 1979 lake sediment sampling program identified a very high-priority Radon-U-Co-Ni-Zn-Mo-Pb-V anomaly located immediately above the conductive target.Regional prospecting by historical operators identified uranium enrichment in basement rocks located east of the Athabasca Basin edge and support the exploration model for uranium on the property.Only one drill-hole has tested the extensive conductive corridor in 1984, with 6 kilometres of strike length remaining un-tested.The current exploration model for this project is analogous to that of the J-Zone and Roughrider deposits, that are located next to a similar looking airborne EM target that has dimensions of roughly 2-km long by 1-km wide. Both targets at the Ascent project and the J-Zone and Roughrider deposits are interpreted by the company to be shallow-dipping conductive bodies, and therefore did not fit the historical exploration model of a good conductor to focus on.Figure 2: Standard Uranium Canary and Ascent Projects relative to IsoEnergy’s Larocque East Project is available at https://www.globenewswire.com/NewsRoom/AttachmentNg/83170708-1cd7-462f-a13f-99d7210eb2f5These two new projects bolster our presence in the Eastern Athabasca Region, and compliment the Company’s existing Atlantic Project. The projects can potentially be explored at the same time in order to see cost savings in future exploration campaigns. The Eastern Athabasca Basin region has been the hub of uranium exploration and mining for the past 50 years, and the region is highlighted by three licensed uranium mills. Even though the region has been the mainstay of uranium exploration, several important uranium discoveries have been made in the last 12 years including Roughrider, J-Zone, Phoenix, Gryphon and Fox Lake. The northern portion of the Eastern Athabasca Basin where the Company’s Canary, Ascent and Atlantic projects are situated has seen relatively less drilling than the rest of the region. The Company has defined this as an excellent chance to add value and increase the chances for a new discovery in areas that have fundamentally strong geology and have positive historical exploration results.Atlantic Project HighlightsSix claims totalling 2,176 Ha. Covers 6.5 kilometres of an 18 km long, east-west trending conductive exploration trend, located due west of IsoEnergy’s Hurricane Zone. Depth to the sub-Athabasca unconformity is known to be between 230 and 485 metres from the surface.Historical Drilling by Cameco in 1992 (hole BE-04) encountered up to 586 pm uranium over 0.5 metres in the sandstone, near the unconformity. Additionally, the hole encountered elevated uranium, nickel, illite and chlorite in the lower 10 metres of sandstone. Follow-up drilling by Denison Mines in 2012 (Hole BL12-13), next to BE-04, encountered a fault-zone located 130 metres above the sandstone that contains 10.2 ppm uranium, 786 ppm lead and 2,270 ppm zinc and other base-metals over 0.1 metres. Additionally, a composite sample of the basal 13.4 metres of sandstone returned 477 ppm uranium.At the western claim block, drilling by Denison Mines in 2016 (Hole BL16-32) encountered 342 ppm uranium over 0.5 metres at the base of the sandstone.
Neil McCallum, VP Exploration, states: ”We are committed to success at our flagship Davidson River Property in the southwest Athabasca region where our maiden drill program will commence within the month given that the COVID-19 situation remains stable. In the meantime, we have been actively reviewing new projects that contain technically strong exploration targets with discovery potential to round out our portfolio in a proven uranium exploration and mining region with relatively shallow target depths.”About Standard Uranium (TSX-V: STND)We find the fuel to power a clean energy futureStandard Uranium is a mineral resource exploration company based in Vancouver, British Columbia. Since its establishment, Standard Uranium has focused on the identification and development of prospective exploration stage uranium projects in the Athabasca Basin in Saskatchewan, Canada. Standard Uranium’s Davidson River Project, in the southwest part of the Athabasca Basin, Saskatchewan, is comprised of 21 mineral claims over 25,886 hectares. The Davidson River Project is highly prospective for basement hosted uranium deposits yet remains untested by drilling despite its location along trend from recent high-grade uranium discoveries. A copy of the 43-101 Technical Report that summarizes the exploration on the project is available for review under Standard Uranium’s SEDAR issuer profile (www.sedar.com). For more information visit: www.standarduranium.ca.For further information contact:
CBJ Newsmakers 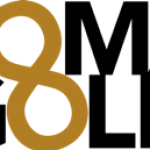