TORONTO, Oct. 03, 2019 (GLOBE NEWSWIRE) — Star Navigation Systems Group Ltd. (CSE: SNA) (CSE: SNA.CN) (OTCQB: SNAVF) (“Star” or the “Company”) is pleased to announce the granting of a new Supplemental Type Certification (“STC”) to Star by Transport Canada. The STC relates to the use of the STAR-A.D.S. ® Gen 3 system on an Airbus A320 aircraft type.
This STC will allow Star to install its STAR-A.D.S. ® Gen 3 System on-board the next available AlMasria Universal Airlines (“AlMasria”) aircraft. (See press Release September 10, 2019).Viraf Kapadia, CEO of Star Navigation Systems said:“This additional STC adds to our growing list of certifications for commercial and business aircraft. We already had an STC for the previous STAR-A.D.S. ® Gen 2 model. Now the Gen 3 is also A 320 certified and we can offer even more flexibility to an operator, adding GSM communications and manual retrieval through USB port. We shall rapidly install our system on-board the first available AlMasria aircraft, while we complete the STC applications for the other aircraft types of their fleet. This A320 STC confirms our focus on the major targeted aircraft platforms such as the B 737, for which STCs had already been granted.”About Star Navigation:Star Navigation Systems Group Ltd. owns the exclusive worldwide license to its proprietary, patented In-flight Safety Monitoring System, STAR-ISMS®, the heart of the STAR-A.D.S. ® and of the STAR-ISAMM™ Systems. Its real-time capability of tracking performance trends and predicting incident-occurrence enhances aviation safety and improves fleet management while reducing costs for the operator.Stars’ M.M.I. Division designs and manufactures high performance, mission critical, flight deck flat panel displays for defence and commercial aviation industries worldwide. These displays are found on aircraft and simulators, from C-130 aircraft, to Sikorsky and Agusta Westland helicopters, as examples.Stars’ subsidiary, Star-Isoneo Inc. is a specialised software firm, developing complex solutions in engineering, simulation and development for Canadian customers. Star-Isoneo works closely with Star in the development of the Company’s MEDEVAC (STAR-ISAMM™ and STAR- LSAMM™) applications of the patented STAR-A.D.S. ® technology, and on its current R&D program with Bombardier.Certain statements contained in this News Release constitute forward-looking statements. When used in this document, the words “may”, “would”, “could”, “will”, “expected” and similar expressions, as they relate to Star or its management are intended to identify forward-looking statements. Such statements reflect Star’s current views with respect to future events and are subject to certain risks, uncertainties and assumptions. Many factors could cause Star’s actual performance or achievements to vary from those described herein. Should one or more of these factors or uncertainties materialize, or should assumptions underlying forward-looking statements prove incorrect, actual results may vary materially from those described herein as intended, planned, anticipated, believed, estimated or expected. Star does not assume any obligation to update these forward-looking statements, except as required by law.Neither the Canadian Securities Exchange nor its Market Regulator (as that term is defined in the policies of the Canadian Securities Exchange) accepts responsibility for the adequacy or accuracy of the content of this release.Please visit www.star-navigation.com or contactViraf S. Kapadia, CEO (416) 252-2889 Ext. 230Viraf.kapadia@star-navigation.com
CBJ Newsmakers 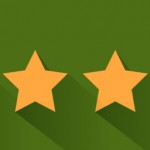