TORONTO, Oct. 17, 2019 (GLOBE NEWSWIRE) — Star Navigation Systems Group Ltd. (CSE: SNA) (CSE: SNA.CN) (OTCQB: SNAVF) (“Star” or the “Company”) has responded to the latest tactics of a dissident shareholder group and confirms that no special meeting of shareholders of the Company (the “Shareholders”) will take place on December 11, 2019.
The dissidents’ latest initiative involves issuing two notifications of meeting and record dates on October 9, 2019 (the “Notifications”), one of which is purporting to set the date for a special meeting of Shareholders on December 11, 2019, pursuant to two invalid shareholder meeting requisitions dated September 13 and 16, 2019 (the “Requisitions”).The Requisitions constitute the fifth time that the dissidents have submitted an invalid shareholder meeting requisition to the Company. The Notifications constitute the second and third time that the dissidents have inappropriately filed a notification of meeting and record date on the Company’s SEDAR profile pursuant to an invalid shareholder meeting requisition. The dissidents are conducting themselves in an inappropriate manner that is unnecessarily disruptive to the market. These actions are part of many attacks committed by the dissidents that continue to threaten the very important initiatives underway to maximize the Company’s potential, and to undermine shareholders’ rights. Indeed, these actions are jeopardizing the Company’s financing initiatives and continue to divert resources away from the Company’s operations. As was previously announced and reiterated to the dissidents, the Company’s board of directors have resolved to call an annual and general meeting of Shareholders on March 9, 2020.About Star Navigation:Star Navigation Systems Group Ltd. owns the exclusive worldwide license to its proprietary, patented In-flight Safety Monitoring System, STAR-ISMS®, the heart of the STAR-A.D.S. ® and of the STAR-ISAMM™ Systems. Its real-time  capability of tracking performance trends and predicting incident-occurrence enhances aviation safety and improves fleet management while reducing costs for the operator.Stars’ M.M.I. Division designs and manufactures high performance, mission critical, flight deck flat panel displays for defence and commercial aviation industries worldwide. These displays are found on aircraft and simulators, from C-130 aircraft, to Sikorsky and Agusta Westland helicopters, as examples.Stars’ subsidiary, Star-Isoneo Inc. is a specialised software firm, developing complex solutions in engineering, simulation and development for Canadian customers. Star-Isoneo works closely with Star in the development of the Company’s MEDEVAC (STAR-ISAMM™ and STAR- LSAMM™) applications of the patented STAR-A.D.S. ® technology, and on its current R&D program with Bombardier.Certain statements contained in this News Release constitute forward-looking statements. When used in this document, the words “may”, “would”, “could”, “will”, “expected” and similar expressions, as they relate to Star or its management are intended to identify forward-looking statements. Such statements reflect Star’s current views with respect to future events and are subject to certain risks, uncertainties and assumptions. Many factors could cause Star’s actual performance or achievements to vary from those described herein. Should one or more of these factors or uncertainties materialize, or should assumptions underlying forward-looking statements prove incorrect, actual results may vary materially from those described herein as intended, planned, anticipated, believed, estimated or expected. Star does not assume any obligation to update these forward-looking statements, except as required by law.Neither the Canadian Securities Exchange nor its Market Regulator (as that term is defined  in  the  policies  of  the Canadian Securities Exchange) accepts responsibility for the adequacy or accuracy of the content of this release.Please visit www.star-navigation.com or contact
CBJ Newsmakers 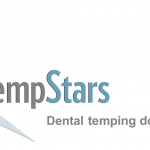 TempStars Celebrates its Success in Canada