CBJ — More than 1,100 Starbucks locations across Canada were closed for several hours yesterday as part of a “conversation and learning session on race, bias, and inclusion,” according to an open letter to the public.

Michael Conway, president of Starbucks Coffee Canada, said in the letter this is only the second time the company has closed each of its locations at the same time. About 10 years ago, they closed for a training session on perfecting the espresso.

“We’re closing our stores again now because we must never be complacent in our desire to be inclusive, to live our mission and values, and to create a culture of warmth and belonging every time,” Conway wrote in the letter.

The decision to hold these training sessions stems from an April incident at a Philadelphia Starbucks location where an employee called 911 on two black men who were sitting in the coffee shop. Police officers came and arrested the men, but it was later revealed they were waiting on a business meeting.

“The reprehensible event in Philadelphia prompted us to reflect and led to this day,” Conway wrote. “This isn’t just about the events of Philadelphia, or about race, or about social challenges in America. This is about humanity.”

On May 29, Starbucks closed its more than 8,000 U.S. locations for similar training. 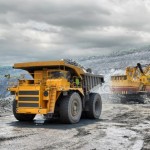