CBJ – Starbucks has announced it will add beer, wine, and evening snacks to thousands of domestic cafes, south of the border, while widening its lunch menu while also making mobile ordering an easier prospect for customers.

Senior management is taking the big move in an effort to attract more traffic to its stores by broadening its appeal as a destination with consumers who are spending more time shopping online rather than in malls and Main Street stores.

The company, which is hosting its biennial investor meeting in Seattle, said it would lay out its five-year plans to double U.S. food revenue to over $4-billion by expanding food choices, particularly during lunch hours.

Starbuck plans to reap about $1-billion in new sales from the addition of evening menus, including beer, wine and food, at nearly 3,000 of its 11,900 cafes in the United States.

The company also will detail the launch of a new mobile ordering and payment system that it says will make getting a coffee fix even more convenient. That same technology will underpin deliveries in select U.S. markets next year.

Starbucks’ U.S.-dominated Americas unit had a traffic gain of 1 per cent in the latest quarter, versus the 5-per-cent jump in the year-earlier period. An increase in sales of food, such as croissants and breakfast sandwiches, has helped offset slowing traffic in the last three quarters.

Chief Executive Howard Schultz in January warned that a “seismic” shift to online shopping was taking a bite out of holiday traffic to many U.S. brick-and-mortar stores.

No word yet on whether a similar approach is being planned for Canadian-based stores. 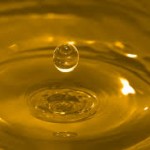 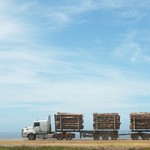