The cost of generating electricity from large-scale solar energy systems is being cut in half, thanks to the leading-edge work of Richard Beal, an up-and-coming entrepreneur based in Ottawa who is being recognized for his company’s efforts to introduce low-cost, highly-efficient solar energy technologies.

Beal, who earned his PhD in solar energy as a Rhodes Scholar at Oxford University in the U.K. and went on to launch Ottawa–based COFOVO Energy Inc. while completing a Mitacs Elevate postdoctoral fellowship at the University of Ottawa in 2012, was recently presented the Mitacs Entrepreneur Award in Calgary. Mitacs is a national private, not-for-profit organization that partners companies, government and academia to promote Canadian research and training. Applicants were evaluated according to their Mitacs experience, entrepreneurship, leadership, innovation, and financial sustainability.

The award recognizes Beal as a proven leader in his field and celebrates the success of his start-up business, a company he formed to reduce the cost of providing clean energy by developing lower-cost, highly-efficient solar panels. COFOVO Energy is also pioneering a new device for measuring the solar spectrum (sunlight as a function of wavelength) that is much more affordable than current instruments on the market.

“There are two main limitations with standard solar panels: They’re not particularly efficient, operating at 15% efficiency on average, and they suffer from poor temperature tolerance, making them even less efficient in hot places like the world’s Sunbelt,” explained Beal, who serves as CEO and founder of COFOVO Energy. “The solar panels we’ve developed are over 30% efficient and are much more tolerant to high temperatures.”

“Our over-arching goal is to accelerate the deployment of solar energy throughout the global sun-belt – through the use of technology that is optimised for those parts of the world,” Beal said. “Launching COFOVO Energy was a natural progression to the work we were doing in the lab. We were at the point where we could seriously consider commercialisation, so I thought, ‘Why not do it ourselves?’”

In addition to the COFOVO Solar System, which will be installed at demonstration-scale for the first time this year, the company has also commercialised the SolarSIM (solar spectral irradiance meter), that slashes the cost of measuring the solar spectrum. Unlike current devices that cost tens of thousands of dollars, the SolarSIM starts at $5,495. Instead of measuring all wavelengths, it concentrates on only six, narrow optical measurements and uses proprietary software – developed by a University of Ottawa Masters student – to resolve the complete solar spectra, a useful step when costing and deploying a solar system.

“It’s wonderful to receive recognition that what we’re doing has value,” said Beal, noting his company has sold several SolarSIMs to date and is now investigating other uses in fields like meteorology and agriculture. “We’re bringing efficiencies to the entire package and that is the only way to really lower the cost of solar electricity.”

“Canada needs highly skilled innovation leaders like our alumni in order to drive a productive and prosperous economy,” said Alejandro Adem, Mitacs CEO and Scientific Director. “Fourteen percent of our alumni have started their own companies, indicating that our programs are equipping them with the skills they need to achieve business excellence and make a meaningful contribution to Canadian society.”

Applicants for the Mitacs Entrepreneur Awards were evaluated according to their Mitacs experience, entrepreneurship, leadership, innovation, and financial sustainability. Three cash prizes ($20,000, $15,000, $10,000) and an honourable mention will be presented at a networking reception and short ceremony to be held at the Alistair Ross Technology Centre.

First-place recipient: Richard Beal, a former Mitacs Elevate postdoctoral fellow and founder of COFOVO Energy Inc. in Ottawa, a company that is working to reduce the cost of generating electricity using large-scale solar energy systems. COFOVO innovations include the development of highly-efficient solar panels that double the efficiency of standard panels at half the cost; and, a breakthrough device for measuring the sun’s wavelengths that is a fraction of the cost of current technology. The first commercial COFOVO Solar System is scheduled for installation this year.

Second-place recipient: Guillame Brault, a former Mitacs Accelerate intern and co-founder of Laval, Quebec-based Inova Source, a company that aims to be a leader in the Canadian nutrition- pharmaceutical (neutraceutical) industry by advancing the processes used to convert algea by-products into high-demand vitamin and food supplements.

Third-place recipients: Neesha Desai and Kit Chen, participants in the Mitacs Step program, who were inspired to launch an educational start-up called Alieo Games, based in Edmonton. Their first product, COW, is a web app that motivates students in grades 3–9 to practice long-form writing through gamification and assists teachers with classroom writing instruction. The app is now in 30 schools in North America.

For more information about Mitacs awards and a full list of winners, visit www.mitacs.ca 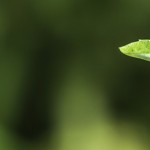 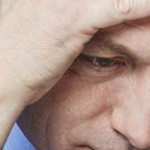 When the Worst Happens Here’s What You Can Do