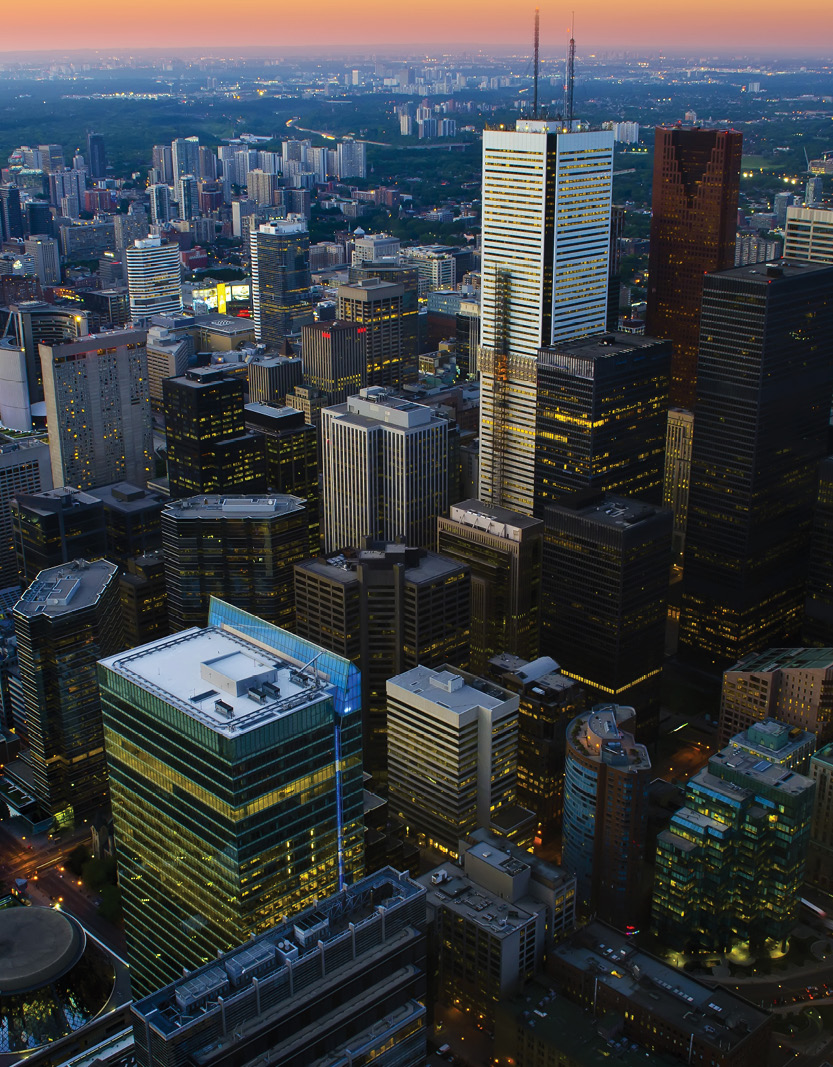 It’s been slow moving at times, a glacial pace some may impatiently decry, but there’s now a definite shift towards startup international technology companies opting to plant their roots here in Canada as their home away from home as they look to broaden their appeal to global markets.

In years gone by, the de facto objective was to head straight for Silicon Valley in northern California and break into the high-tech market there. While that will always generate its fair share of innovative players, there is stark evidence that reveals certain metropolitan areas of Canada such as Toronto and Vancouver have become favoured destinations for some of these expanding enterprises.

Examples of such enterprises who have opted to bring their new technology to the Canadian market first include Dutch start-up RingCredible; SoSocio, which just recently closed a $600,000 funding round and is next headed to Canada; and Layar, an Augmented Reality start-up that’s already made great strides by launching in the Canadian market.

RingCredible is essentially an alternative to Skype that offers nearly free international phone calls in Canada over Wi-Fi and 3G and 4G networks.  The company decided to bypass a North American launch in Silicon Valley to instead launch at Toronto’s Canada 3.0 conference. The decision by some of these companies is paying off quickly, because it gets their name out into the business world without being bunched in with many others trying to surface in the likes of California.

Unlike many of its competitors, RingCredible is private and secure in that it does not upload contact lists to the cloud, does not sell a user’s data, and does not use annoying advertisements to disrupt the user experience or track online habits.

By partnering with global telecom companies, RingCredible has found a balance between cheap rates and good call quality. Coming to Canada will be welcomed by consumers if the company can provide all it promises.

“We were looking for a second home market, and have chosen Canada,” RingCredible CEO and Brooklyn Ventures Partner Hans Osnabrugge tells The Canadian Business Journal. “Like any startup, we had the option of first going to Silicon Valley, but we chose Toronto specifically because we believe that Canada is an ideal first step for today’s newest startups. It’s an impressive and proven market and there is an impressively high penetration of smart phones and tablets.”

RingCredible is viewed as being the next logical step in mobile VoIP technology and is a piece of application software (app) that’s available in Canada for download on iOS6, Android and BlackBerry platforms.  The system empowers the user by closing the gap between mobile providers and closed user group apps through offering everyone an opportunity to make high quality, reliable, and cheap calls, while at the same time offering the same user experience one gets when making regular phone calls. The technology comes to Canada after a very successful three years of market success in its home country.

One of the primary benefits is that the system solves the problem of the incredibly high cost of long distance mobile calls within Canada by lowering the expense by about 90 per cent. The app also offers a great alternative to global competition by offering savings in international calling from Canada up to 95 per cent.

With RingCredible, users can get in touch with friends and family in other countries, phone back home while on vacation or make calls when their regular voice plan runs out. RingCredible is practical, affordable, secure, and reliable.

It’s practical and that by itself earns it high marks right off the top. It seamlessly utilizes a user’s normal mobile contact list and lets them call anyone, anywhere, on any phone. It doesn´t use closed user groups, which means that individuals can call without the other person needing to download the app, and without having an Internet connection. Additionally, the recipient of the call doesn’t even have to know that they are being phoned on a mobile app, as the caller’s regular cell phone number is displayed on the screen.

Another bonus is that RingCredible is much more affordable than typical VoIP competitors; it’s 90 per cent cheaper than cell providers and up to 70 per cent cheaper than Skype and Fongo – for calls from anywhere in the world. Prices are one cent to Canadian landlines and mobile numbers, from inside or outside Canada. Downloading the app is free and includes 50 cents of trial credit, good for 30 minutes of free calls (on average). Signing up and making a first (free) call only takes about half a minute.

Osnabrugge studied economics and then worked at one of the largest banks in the Netherlands, dealing primarily with private banking and wealth management. It was three years ago that he left that behind him and started Brooklyn Ventures, a small venture capital firm that currently has five partners and is primarily focused on assisting IT enterprises make it to that next level.

“We chose Brooklyn (Bridge) because our sub-title is “bridging the next stage,” he reveals.

“We invest in highly innovative and scalable teams,” Osnabrugge continues. “Many times we see people who come up with great technological ideas and are gifted creatively but don’t have a clue how to make a business out of it.”

Bringing RingCredible to Canada before any other country was no accident. It was a shrewd, well thought out strategic decision by Osnabrugge and his partners.

“With RingCredible there’s really the chance to really disrupt the Canadian telecom market,” he bluntly states. “The telecom market here is – well, sick is a hard word, but it’s not competitive. We have a product which is very easy to disrupt the market with because we don’t try to get people out of their iPhone to replace their SIM card because you’re never going to win that battle. People want to be able to make and receive calls.”

Essentially RingCredible provides a cheap add-on to your existing phone making calls much less expensive. The one requirement is that the individual making the call must be connected to the Internet. The recipient of the call does not. It’s becoming less of an issue with each passing day with the explosion of smartphone sales and free Wi-Fi in numerous locations.

The excellent availability of infrastructure was also an attractive feature for Osnabrugge and his team in their decision to come to our country.  He feels that Silicon Valley is so overrun by companies looking for the big break that many can get lost in a sea of technological gadgetry and wind up waiting far longer than going to a burgeoning market such as Toronto.

“In Canada you’ve got much more space to show the uniqueness of the product,” Osnabrugge remarks. “More startups from Europe want to come to Canada first. In the U.S. you are just one of many and it’s all or nothing. In Canada you can really build a business and we feel very welcome here.”

Osnabrugge is of the opinion a startup should never look further than two years down the road when making projections for the company. RingCredible started this past January with 50,000 subscribers in the Netherlands and in the four months after that saw the base expand to more than 400,000 in a country of 16 million people. He’s hoping for the same kind of figures in Canada, times two, given that Canada has about twice the population.

“Within the Netherlands our solution is mostly based for all international calls,” he continues. “When people want to call abroad we have the best rates in the market and it’s easy to use. With our solution it doesn’t matter where you call from, as long as you’re connected to the Internet.”

Osnabrugge is also highly knowledgeable about the exorbitant rates Canadians pay when using their cell phones, which is another major factor in his viewing this market as being prime for picking.

“With Rogers, TELUS and Bell, within Canada on a mobile phone you guys pay between 25 and 50 cents a minute – it also depends on your package and if you go over the limit on the package,” he notes. “With us, within Canada it’s always one cent per minute. It’s a difference of more than 90 per cent.”

Osnabrugge and RingCredible are also in the unique position that they really can’t be targeted for fight back from the established telecom companies.

“The fun part is they can’t,” he replies with a wry grin. Back in the Netherlands a large telecom attempted to block RingCredible from its 3G network for almost a month, which unto itself is illegal in that country, so there was no lasting effect and in fact it just brought more attention to one of the big guys trying to knock down a little startup, which didn’t sit well with consumers.

“Most of our users are on Wi-Fi and that’s not controlled by those companies,” Osnabrugge confidently states. “They could only try and block it on 3G or 4G networks but also in Canada and the U.S. it’s not allowed. You only see that in some countries in the Middle East. You can even use our service in China.”

As part of its business model, RingCredible has wisely chosen to be an add-on to an existing infrastructure resulting in cheaper costs with no risks for consumers. There’s no head to head battles on the horizon with any of the existing telecom giants.

Within the registration process, RingCredible will ask each individual for their cell phone number. Within 10 seconds an SMS verification comes back which in turn proves the number provided is really yours.

How is RingCredible able to provide a 70% savings compared with traditional VoIP services such as Skype?

“We buy our offline minutes with the largest telecom parties worldwide such as British Telecom, AT&T, Verizon and Bell,” Osnabrugge answers. “We are a large wholesale buyer with excellent rates and that’s all we need. About 99% of Skype users use the free version and there’s huge infrastructure costs. We only have valid minutes on our service.”