OTTAWA, Nov. 18, 2019 (GLOBE NEWSWIRE) — The 55 unions represented on the Canadian Council of the Canadian Labour Congress (CLC) declare their support for Ontario’s education unions that are demanding the government support high-quality education.
Members of the Elementary Teachers’ Federation of Ontario, the Ontario English Catholic Teachers’ Association, and the Ontario Secondary School Teachers’ Federation have overwhelmingly voted to stand up and fight for publicly funded education.Teachers and education workers are speaking for frustrated parents, fed up with growing class sizes and dramatic cuts to teaching staff. They are standing with students, who are facing a loss of access to course options and programs. They are sticking up for Ontario’s vulnerable and at-risk learners, who will be hit hardest by Doug Ford’s spending cuts. They are championing early learning by defending Ontario’s full-day kindergarten program and its unique and successful mix of teacher and early childhood educator expertise.Doug Ford does not have the courage to own up to the scale and destructiveness of his cuts. He hopes that spin and blatant falsehoods will fool Ontarians.Parents, teachers, education workers, students and voters have had enough. By undermining publicly funded education and attacking our schools, the Ford government is jeopardizing the future of our children and Ontario’s economy.Not only has the Ford government attempted to weaken the foundations of publicly funded education, they have shown contempt for free and fair collective bargaining, most recently with Bill 124, which tramples the Charter rights of Ontario public sector employees.The unions of the CLC demand the Ford government cease its assault on publicly funded education, listen to the needs of parents, students, and education workers, and get serious about negotiating a fair settlement with these affiliates.
The unions of the CLC pledge to:Stand in solidarity with, and support, Ontario teachers and education workers;Stand in defense of high-quality publicly funded education;Defend teachers and education workers against the Ford government’s attacks; andRecommit our efforts to fight for students and high-quality publicly funded education.The CLC represents over three million workers and brings together Canada’s national, international and provincial unions, along with the provincial and territorial federations of labour and 107 district labour councils, whose members work in virtually all sectors of the Canadian economy, in all occupations and in all parts of Canada.For more information and to set up an interview, please contact:[email protected]
613-526-7426
CBJ Newsmakers 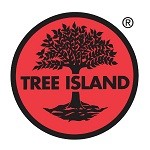 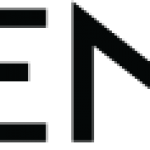