Steeped Tea was founded in 2006 by Tonia Jahshan, after she discovered her passion for the superior quality of loose leaf tea. Almost 10 years later, the Hamilton-based direct sales company has grown tremendously, and now has almost 7,500 consultants around Canada and the United States.

“At the end of the day, we’re not really a tea company. What we are is a tea party company. When you look at our catalogue, we have lots of tea, but we have hardware as well. We also have baked goods. We have a line of soaps. We have a line of jams. Anything that could be fun at a party would fit our model,” explains CEO Hatem Jahshan.

The sales model that suits many individuals today

Tonia and Hatem, married, both had busy, high-pressure careers before Steeped Tea. After a tragic personal event made them reconsider their direction, they decided to take a vacation and unwind at a B&B in Nova Scotia. Tonia fell in love with the loose leaf tea the B&B served, found out which tea company made it and stocked up. She left her former job as the couple decided to prioritize starting a family, and she began selling tea baskets locally.

“At one point, somebody asked her to do a tea party. That first tea party sparked four other tea parties. She would consult with the hostess about what specifically she wanted to do at the party, whether it was to sample white teas, green teas, black teas, or have a martini party. She got very creative. Every time she attended a party, people at that party would want to book a party as well. It got to a point where it ballooned, and she was literally out of the house every evening,” Jahshan recalls.

As their family grew, the Jahshans knew that it was time to think about expanding the business beyond Tonia herself. Waiting too long to book parties meant that hostesses lost interest, whereas booking too many compromised quality time with the family. Tonia, who had put herself through college with direct sales, decided that direct selling was the best way to grow the business. Tonia implemented the sales model with a close group of friends. Now, Steeped Tea has thousands of consultants who appreciate the flexibility that the direct selling model allows.

“My wife founded the company based on her needs at the time and it just so happened that she stumbled upon a niche that fit well with a lot of women today, especially in our society. The nice thing about this model is that she spent the whole day with the family, with the kids, and she has that one-on-one time with them. It’s hard to find a part-time job for two hours a night that pays well, whereas with this, she could set her own hours, the income was great, and she could do as many or as few as she wanted,” says Jahshan.

Maintaining a strong commitment to the consultants

For a lot of entrepreneurs, the direct sales model is desirable because the sales force isn’t employed by the company; they’re their own business owners who represent the company and earn a commission based on what they sell. Steeped Tea consultants earn a commission of 25–39% based on where they are in the company’s compensation plan. Because Steeped Tea deeply values their consultants, ingrained in the company’s policy is a focus on making the process of joining the team as a consultant as straightforward as possible.

“We don’t have qualifications for consultants. We don’t interview consultants. We don’t screen consultants. Practically anybody can be a consultant,” stresses Jahshan. “They just need to purchase a kit at 99 dollars, which has all the basics to get you going. It’s literally priced at cost, and makes the start-up process very simple. As soon as people join and purchase the kit, they get their own virtual back office which they can log into for training and placing orders. They have three months of free access to their own shopping cart and website, and newsletters that go out to their customers. So for under a hundred dollars, you’ve got your own business where you can sell tea, and immediately right off the bat make 25% off of anything that you sell. You’re basically all set up to do everything that took Tonia four years to do on her own.”

Although anybody can become a consultant, the most successful consultants have unique qualities and come from a variety of different backgrounds.

“They’re outgoing, they’re friendly, and they’re not really what you would expect. Some of our top consultants are teachers, grandparents, people who have worked in the retail industry. There is no real barrier. Everybody has a green light to succeed,” Jahshan tells us.

Hatem joined Tonia full-time the same year that the team pitched their business on Dragons’ Den. To reaffirm their commitment to their consultants, one of the stipulations in their shareholders agreement with the investors was that the couple’s salary remained limited and fixed. The couple went into the Dragons’ Den with their company at 300% growth that year, and the business had over a million dollars in sales. When they left Dragons’ Den, they were at 600% growth.

Just a couple of years after closing the deal, Steeped Tea entered the U.S. market.

“It’s amazing what can happen when a business is passionate about its following. For us, the sales force is the business. Our consultants really are the company, and Tonia puts them ahead of everything else. This story isn’t about Tonia and ourselves; it’s about the consultants, and how powerful a sales force can be, a sales force that’s connected socially like this. Because of this awesome growth rate, the company has been profitable, but all profits go right back into the company. The constant message is that everything we do here is all about the consultants, and that’s the key to our success. People notice that. Our sales force sees it, and our customers see it,” remarks Jahshan.

Through their consultants, the innovative company has created an active community of tea lovers. Tonia Jahshan conducts tea tours across Canada and the U.S. to connect with the consultants, who are also invited to attend an annual local conference. Throughout the year, Steeped Tea offers incentive trips to places such as Costa Rica and Jamaica. The company is planning to celebrate their tenth anniversary in Hawaii.

Jahshan underscores the company’s appreciation for their consultants as being one of the key drivers of Steeped Tea’s success.

“It was one of the secrets to her getting off to a wonderful start,” he says. “The next big secret was being on Dragons’ Den—that immediately put us in front of six million viewers. We pushed really hard to close the deal because a lot of deals don’t close. The show aired the day after we closed the deal. Phones rang off the hook, our website crashed and it did very well for us. To add to all that, we have their credibility. They did their due diligence, they signed up as investors and they are part-owners of the company. I think that Canadians and Americans recognize that we have serious investors on board that have really screened this company, when so many companies don’t make it this far.”

Steeped Tea’s success is furthered by the dedicated staff in their head office. The company, which has been recognized by Canada’s PROFIT 500 program, currently employs 54 people in a 30,000 square-foot facility, and is continuing to grow.

“I think we’ve made a lot of the right decisions along the way, trying to keep up with expansion but at the same time not losing focus on cash flow. One of the worst things you can do when you have expansion that’s growing this fast is to throw people or money at it without having efficiencies in place, because what ends up happening is that after a few years of doing things inefficiently it’s very difficult to change that mindset. From last year to this year we saw a 40% increase in profitability. As we’re growing we’re becoming more and more efficient, and we’re making better use of the money that we’re generating,” says Jahshan.

In the next five years, Steeped Tea will continue growth, with a focus on expansion in the U.S., where their growth rate is even more dramatic. The company is also looking into opening a distribution facility better equipped to help them meet demand. Moreover, Steeped Tea may even quadrouple their consultant size. However, while the company may be growing impressively, don’t expect to see Steeped Tea products on the shelves at your local grocery store.

“Our philosophy is that we will never undermine our consultants in the field. Anything that we sell will always go through a consultant. You’ll never see a Steeped Tea product on a retail or wholesale shelf. We understand the community and the entire concept doesn’t work without consultants,” Jahshan says. 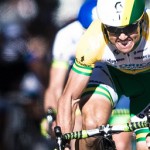 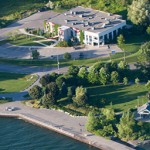