Metanor continues to advance the exploration of the Barry project by expanding known shear zones at depth and along strike through its surface drilling campaign. The program has a total of 3 diamond drill rigs, 2 drilling on the Barry project and 1 drill rig exploring other targets in the camp.

The gold mineralization at the Barry project is structurally controlled and is hosted in a sheared basalt containing quartz-carbonate-albite veins with pyrite. Metanor has identified three main sub-vertical shear zones and approximately ten secondary lower dipping shear zones. These structures are open in all directions.

Highlights of drill intercepts in high-grade shear zones include:

Highlights of the last 12 drill holes intercepting multiple shears are as follows.

Plan view of the Barry project is available at http://media3.marketwire.com/docs/BarryGold.jpg

Metanor estimates that the actual thicknesses of the mineralized intersections are between 70% and 95% of the core lengths. No capping grade is used at this stage. The Company uses a rigorous QA-QC analytical program according to industry standards. The analytical results were done by pyroanalysis (A.A.) at the mine laboratory. Blanks, duplicates and certified reference standards are inserted into the sample stream to monitor laboratory performance. The company QA-QC analytical verification program requires that a minimum of 5% of the samples be audited at an independent laboratory. Theses audit assays were sent to ALS laboratory located in Val-d’Or, Quebec. The results of the audits are consistent with those obtained.

The Barry project is located in the Urban-Barry mining camp, 110 km east from the city of Lebel-sur-Quévillon, and 110 km south of the Bachelor mill. 624,414 tonnes of ore grading 2.2 g/t for 43,970 ounces were extracted from three small pits between 2008 and 2010. A drilling campaign is underway at the Barry property to increase mineral resources below the pits in multiple high-grade shear zones and proceeding with an underground bulk sample program.

Lastly, the Corporation wishes to add to the press release issued December 28, 2017 regarding the completed private placement. In addition to the insider participation described, three insiders of Metanor participated in the non-brokered private placement for aggregate proceeds of $40,800.

Pascal Hamelin, P. Eng., President and COO, is the Qualified Person under NI 43-101, responsible for reviewing and approving the technical information contained in this news release.

This press release includes certain statements that may be deemed “forward-looking statements”.

Neither the TSX Venture Exchange, nor its Regulation Services Provider accepts responsibility for the adequacy or accuracy of this release. 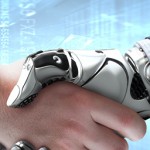 Intelligent Entrepreneurship: How AI and Automation are Working in Favour of Small Businesses
What Do Ferrari, Regions Bank and CVS Have in Common? They Were Most Successful in Activating Consumer Influencers in 2017