Fans Can Tune in to an Exclusive Channel Curated by the Foo FightersStingray’s latest Rising Star Avenue Beat featured on various channels
MONTREAL, Feb. 01, 2021 (GLOBE NEWSWIRE) — Stingray Music, the streaming arm of music, media, and technology company Stingray (TSX: RAY. A; RAY.B), has announced a new exclusive channel curated by the Foo Fighters, celebrating the upcoming release of the band’s forthcoming tenth album Medicine at Midnight, out February 5. Music aficionados can also discover emerging pop trio Avenue Beat featured in several channels, including the Rising Stars channel.Starting today, fans can tune in to the best of the Foo Fighters, one of the biggest and most beloved bands on the planet. The channel features songs from the entire new album with the latest singles “No Son of Mine,” “Shame Shame,” and their most popular songs from previous albums like “My Hero,” “Best of You,” and “Everlong.” The band also selected a list of rock songs for their channel, such as “I Never Came” from Queens of The Stone Age, David Bowie’s “Starman,” and “Straight to Hell” from The Clash. Fans will be delighted with the inclusion of surprise pop anthems like “Gangnam Style,” by PSY, “Roar,” by Katy Perry, and “Move Over,” by the Spice Girls. The diverse song selection is sure to be a hit with a wide range of listeners.Through its Rising Stars program which highlights emerging music talent, Stingray Music has also added songs on its platform from the pop trio Avenue Beat known for their smash hit “F2020”. What began as a viral TikTok sensation quickly became the anthem song of 2020 after landing in the Top 30 at Top 40 Radio, amassing over 78.4 million global streams to date and topping The New York Times’ prestigious Best Songs of 2020 List. The pop trio is gearing up for the year ahead, with their new single “WOMAN”. Avenue Beat’s songs are available on various channels including Rising Stars, Future Pop and Electronica Dinner Party.Stingray Music empowers listeners to easily find the perfect soundtrack for all of life’s moments. Every non-stop streaming channel is lovingly curated by a music programmer. Stingray Music is proud to provide a human touch to channel curation, rather than relying on impersonal algorithms used by other streaming services. About Stingray
Montreal-based Stingray Group Inc. (TSX: RAY.A; RAY.B) is a leading music, media, and technology company with over 1,200 employees worldwide. Stingray is a premium provider of curated direct-to-consumer and B2B services, including audio television channels, more than 100 radio stations, SVOD content, 4K UHD television channels, karaoke products, digital signage, in-store music, and music apps, which have been downloaded over 150 million times. Stingray reaches 400 million subscribers (or users) in 160 countries. For more information: www.stingray.com.About Stingray Music
Stingray Music is a multiplatform music service deployed across the world and currently included in the service offering of many digital cable TV, satellite TV, OTT, and IPTV distributors. Its wide range of expertly curated channels covers all popular and niche music genres. Stingray Music is offered as audio television channels, a mobile app, and a web player. For more information: www.stingray.com/music For more information, please contact:Mathieu Péloquin
Senior Vice-President, Marketing and Communications
Stingray
1 514-664-1244, ext. 2362
[email protected] 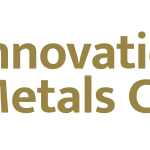 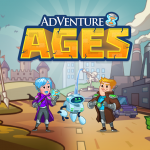