His responsibilities will include oversight of Hudson’s Bay, Lord & Taylor, Saks Fifth Avenue, Saks OFF 5, Home Outfitters and HBC Digital.

Storch begins his new job on Tuesday, Jan. 6, replacing Richard Baker, who will remain on as governor and executive chairman. He is also principal owner.

Before joining Toys R Us, Storch served as vice-chairman of retail giant Target.

“The Board and I could not be more pleased to have Jerry, an accomplished executive with a proven track record of growing retailers through both digital and traditional channels, join us,” Baker said. 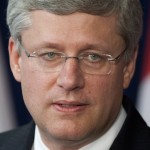