TORONTO, Dec. 05, 2019 (GLOBE NEWSWIRE) — Stratabound Minerals Corp. (TSXV: SB) (“Stratabound” or “the Company”) is pleased to announce it has completed the transaction for an option to acquire 100% of the mineral rights to the McIntyre Gold Project located adjacent to Highway 180 about 80 kilometres west of Bathurst, New Brunswick as previously announced November 13, 2019.
Stratabound and the owner of the claims have signed a definitive option agreement which sets out the terms under which Stratabound has the right and option to earn 100% interest in the claims through cash payments, share issuances and work commitments. Stratabound issued 300,000 common shares to the owner upon signing the option agreement, and by the first anniversary of signing Stratabound has committed to complete $50,000 in exploration work at the property. Payments on the first, second, third and fourth anniversaries of signing of $15,000, $15,000, $30,000 and $40,000 respectively, are required to maintain the option, which may be paid, at Stratabound’s election, up to 50% in shares. Upon completion of the fourth anniversary payment Stratabound will have earned 100% ownership in the claims. Stratabound has also agreed to pay the owner a 2% net smelter return royalty on production from the claims.McIntyre Brook Diamond Drilling Program CommencedThe Company is further pleased to announce it has already commenced an initial diamond drilling program of about 500 metres over five holes across 300 metres of open-ended strike of gold mineralization previously exposed by trenching and a gold-in-soil anomaly at McIntyre Brook. As noted in the press release of Nov. 13, 2019, The McIntyre Gold Project consists of two known gold occurrences that occur 1.5 kilometres along strike of each other, the McIntyre Brook and the Big Pit. The McIntyre Brook occurrence features 40 significant gold values between 0.20 and 41.56 gpt gold out of a total 46 grab samples collected from bedrock exposed in trenches along 300 metres of strike length. The zone remains open at both ends and occurs within a 480 metre wide, 8 to 165 ppb gold-in-soil anomaly that remains open beyond 500 metres of strike length. Renegotiation of Golden Culvert and Little Hyland Option AgreementsThe Company and the Optionors have completed an amendment to restructure the option payment schedules for the Golden Culvert and Little Hyland properties in the Yukon Territory. The principal changes were to defer some of the payments from 2019 to later years, provide for Stratabound to receive a 40% interest in the property after the 2021 payment, and to adjust the annual payment date to December 12th of each year. The revised payment schedule is shown below.The Company has the right, at its discretion, to make 50% of the annual payments by way of share issuances which it has elected to do for the upcoming December 12th 2019 anniversary.Stratabound President and CEO, R. Kim Tyler commented, “We are extremely pleased to have acquired the option on the McIntyre Project which is a potentially new and exciting exploration opportunity. Furthermore, it strengthens the Company’s presence in the Province of New Brunswick where the Company was established. We look forward to receiving drill results in the coming months that we expect will confirm results received from the past surface work while also providing an indication of potential at depth. We are also very pleased to have reached an amended option agreement with the owners at our Golden Culvert and adjacent Little Hyland properties in the Hyland Gold District of the eastern Yukon. The amended agreement allows us relief on early payments such that more funds go directly into developing the project and provides for an earn-in along the way to completing all the agreement terms.”About StrataboundStratabound Minerals Corp. is a Canadian exploration and development company focused on gold exploration at its flagship Golden Culvert Project, Yukon Territory and its new McIntyre Brook Project, New Brunswick, Canada. The Company also holds a significant land position that hosts three base metals deposits in the Bathurst base metals camp of New Brunswick featuring the Captain Cobalt-Copper-Gold Deposit that hosts an NI 43-101 Measured+Indicated resource.Stratabound management has a diversified track record of exploration, development and operating successes that will facilitate the development of the Company’s exploration projects.Mr. R. Kim Tyler, P.Geo., President and CEO of Stratabound, and a “Qualified Person” for the purpose of NI 43-101, was responsible for managing and supervising the exploration program and has verified the data disclosed, including sampling, analytical, and test data underlying the information or opinions contained in this disclosure. Mr. Tyler has reviewed and approved the contents of this news release.For further information, please see the Golden Culvert presentation and the NI 43-101 technical report on the Stratabound web site, www.stratabound.com.For further information contact:R. Kim Tyler, President and CEO
705-822-9771
ktyler@stratabound.com
info@stratabound.com
www.stratabound.comNeither the TSX Venture Exchange nor its Regulation Services Provider (as that term is defined in the policies of the TSX Venture Exchange) accepts responsibility for the adequacy or accuracy of this release.WARNING: The Company relies upon litigation protection for “forward looking” statements. The information in this release may contain forward-looking information under applicable securities laws. This forward-looking information is subject to known and unknown risks, uncertainties and other factors that may cause actual results to differ materially from those implied by the forward-looking information. Factors that may cause actual results to vary materially include, but are not limited to, inaccurate assumptions concerning the exploration for and development of mineral deposits, currency fluctuations, unanticipated operational or technical difficulties, changes in laws or regulations, failure to obtain regulatory, exchange or shareholder approval, the risks of obtaining necessary licenses and permits, changes in general economic conditions or conditions in the financial markets and the inability to raise additional financing. Readers are cautioned not to place undue reliance on this forward-looking information. The Company does not assume the obligation to revise or update this forward-looking information after the date of this release or to revise such information to reflect the occurrence of future unanticipated events, except as may be required under applicable securities laws.
CBJ Newsmakers 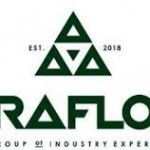 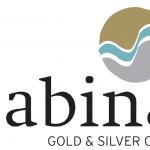