VANCOUVER, British Columbia, March 01, 2021 (GLOBE NEWSWIRE) — The Vancouver Fraser Port Authority today released the 2020 year-end statistics for goods moving through the Port of Vancouver. Overall, cargo through the port increased by 1% from 144.2 to 145.5 million metric tonnes (MMT) over the same time last year, with new annual records set for grain, potash, and container trade.
“During what was most definitely a year that will be in the history books amid a myriad of challenges and global economic uncertainty, the value and resiliency of Canada’s largest port has certainly been showcased” said Robin Silvester, president and chief executive officer of the Vancouver Fraser Port Authority. “The determination and commitment of so many to keep the supply chain operating well, while safely managing the far-reaching impacts of the pandemic, were critical to Canadians and Canada’s economy, though some sectors, like cruise, were hard-hit last year.”For the fifth year in a row, global demand for Canadian grain resulted in a new annual record of 35.1 MMT of grain shipped both in bulk ships and containers, an increase of fully 24% or 6.8 MMT compared to the previous year. Increases in wheat, up 25%, canola, up 45%, and specialty crops, up 12%, contributed to the record. Fertilizer inputs were also up; potash exports increased by 11% from last year’s record and sulphur increased by 8%. Growth in total foreign exports resulted in a year-end record of 99.0 MMT, up 3%, due to the increases in grain and fertilizers, as well as petroleum cargos.Shipping container quantities, measured by 20-foot equivalents or TEUs, were a record 3.5 million TEUs, an increase of 2% compared to the previous year. The port authority recently updated its container forecasts, and expects continued growth in this sector.In response to growing international trade demand, the port authority is continuing to advance the critical infrastructure required to accommodate this growth through the port. Working with industry and government partners across the Lower Mainland, the port authority is leading the development of more than $1 billion worth of infrastructure projects, including two container terminal projects and a number of road and rail infrastructure projects.“Trade is continuing to grow and a core part of our role as a Canada Port Authority is to ensure the port infrastructure is there to handle what Canada wants to trade,” said Silvester. “By investing to build the necessary capacity to accommodate increasing trade growth, we are supporting all port users including farmers, businesses, and industry who rely on the port to move their goods efficiently and remain competitive. This is critical to the long-term economic viability of this gateway and of Canada.”Some cargo sector volumes declined as a result of challenges including impacts of the pandemic, railroad blockades, weather conditions, and terminal upgrades. Auto imports were down 18%, and export breakbulk forest products and coal, were down 14% and 15% from the previous year, respectively. With the cancellation of the cruise season, there were no cruise sailings in 2020.“The efficient movement of goods through the port during the challenging circumstances of this past year was only possible thanks to the dedicated efforts of marine carriers and pilots, longshore workers, terminal operators, railway workers, trucking companies and drivers, along with many others who make up the port community,” said Silvester. “We appreciate the work these groups, and all stakeholders and partners, including Indigenous Groups, labour and government, have done to keep the port open round the clock, day in and day out. They have helped keep Canadians across the country supplied with essential goods. It is the port community that is the driving factor in showcasing—and amplifying—the value that Canada’s largest port brings to this region, and to the country.”More information2020 year-end statisticsBackgrounderOverall cargo (import and export) up 1%, an increase to 145.5 MMT compared to year-end 2019Container quantities increased 2% to 3.5 million TEUs. Imports increased 7% to 1.9 million TEUs. Exports decreased 3% to 1.6 million TEUs.Breakbulk cargo decreased 3% to 16.7 MMT. Woodpulp increased 8% compared to 2019, while basic metals decreased 12%.Bulk dry cargo increased 1%. Coal volumes decreased 15% while grain volumes were up 28%, potash was up 11% and sulphur was up 8%.Bulk liquid increased by 16% over year-end 2019 due to a 18% increase in petroleum products and a 16% increase in canola oil.Cruise season was cancelled in 2020Media contact:Ram Chungh
Media relations advisor
604.340.8617
[email protected]About the Vancouver Fraser Port Authority and the Port of Vancouver
The Vancouver Fraser Port Authority is the federal agency responsible for the stewardship of the Port of Vancouver. Like all Canada Port Authorities, we are accountable to the federal minister of transport, and operate pursuant to the Canada Marine Act with a mandate to enable Canada’s trade through the Port of Vancouver, while protecting the environment and considering local communities. The port authority is structured as a non-share corporation, is financially self-sufficient and does not rely on tax dollars for operations. Our revenues come from port terminals and tenants who lease port lands, and from port users who pay various fees such as harbour dues. Profits are reinvested in port infrastructure. The port authority has control over the use of port land and water, which includes more than 16,000 hectares of water, over 1,500 hectares of land, and approximately 350 kilometres of shoreline. Located on the southwest coast of British Columbia in Canada, the Port of Vancouver extends from Roberts Bank and the Fraser River up to and including Burrard Inlet, bordering 16 municipalities and intersecting the traditional territories and treaty lands of several Coast Salish First Nations. The Port of Vancouver is Canada’s largest port, and the third largest in North America by tonnes of cargo. Enabling the trade of approximately $240 billion in goods with more than 170 countries, port activities sustain 115,300 jobs, $7 billion in wages, and $11.9 billion in GDP across Canada. 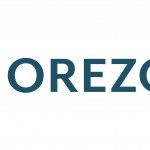 Orezone Sells 50% Silver Production From Bombore for US$7.15M to Fund Exploration During Construction 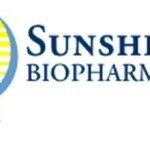