TORONTO, March 09, 2020 (GLOBE NEWSWIRE) — Ryerson Students’ Union (RSU) won an injunction against Ryerson University today, who had unilaterally terminated their agreement with RSU January 24. The injunction restores the 1986 Operating Agreement that recognizes the RSU as the organization representing full-time undergraduate and all graduate students at Ryerson University.Justice Koehnen of the Ontario Superior Court of Justice heard arguments from RSU and Ryerson University on Friday, March 6. The Continuing Education Students’ Association of Ryerson (CESAR) and the Canadian Federation of Students (CFS) were also granted intervenor status and made arguments at the injunction hearing. CFS and CESAR argued that Ryerson University was overstepping in its attempts to unilaterally cancel the Operating Agreement and that the independence and autonomy of students’ unions should be respected.“Students’ unions have a long history of functioning as independent, autonomous and democratic institutions across Canada and the Canadian Federation of Students, along with CESAR and RSU, was able to show that university administrations should not and cannot meddle in student affairs”, explained Sofia Descalzi, National President of the CFS. “This is a great victory for student organizing everywhere and reasserts the importance of students’ union autonomy, who are holding institutions such as university administrations and governments to account.”In his decision, Justice Koehnen expressed concern about an attempt by Ryerson to limit RSU’s ability to criticize the University, and that Ryerson could not point to a single financial control which should be in place that the RSU has not put in place. “I have questions about the extent to which Ryerson’s position is motivated by either democratic ideals or fiscal prudence,” he wrote.  “We are very happy to hear that an injunction has been granted and that the University has been stopped from setting a very dangerous precedent,” stated Nicole Brayiannis, President of CESAR. “We look forward to both the RSU and Ryerson University going back to the negotiating table to discuss steps forward so that students can get the services they require. The RSU must continue to improve their financial systems and democratic processes in the best interests of students.”Given the result of the injunction hearing, CESAR hopes that the University and RSU will take this opportunity to go back to the negotiating table to address grievances and come to an agreement that respects the RSU as a student-driven and autonomous students’ union.The Continuing Education Students’ Association of Ryerson represents over 16,000 part-time and continuing education students at Ryerson University. The Canadian Federation of Students unites over 500,000 college and university students and more than 60 students’ unions throughout the country including all students at Ryerson University.Nicole Brayiannis, President
Continuing Education Students’ Association of Ryerson
289-200-2375
[email protected] 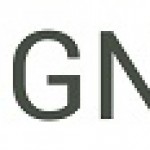