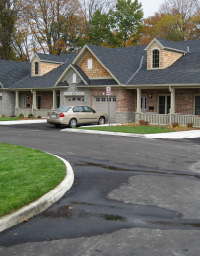 Residents of Oshawa, Ontario have given an overwhelming seal of approval to Traditions of Durham, an exceedingly successful retirement community with a focus on individualized amenities, allowing residents the ability to live alongside a spouse and friends with differing needs.

Traditions of Durham is the brainchild of Jeffrey Baum and Steven Cohen, President and Vice President respectively of the Succession Development Corporation. Started in 2003, Baum and Cohen brought together decades of experience in the senior housing industry and construction development. The company has built a solid reputation on creating seniors housing developments throughout Ontario, with projects recently completed in Kingston, London, Thornhill, Oakville, Brampton, Collingwood and Owen Sound, in excess of $150 million.

Although still in its first decade, the Succession Development Corporation was born of the fruits of Baum’s extensive roots in the field of accessibility, design and construction. Baum is recognized by his peers as the founder of the one-stop philosophy of providing healthcare solutions for individuals in private homes and the workplace. This expertise fit well with Cohen’s, who brings significant experience in the condominium development market. “Through that relationship, the idea of expanding services to create standalone retirement facilities was a natural,” says Cohen.

“In this industry, lenders are looking for track records, so when we are involved in projects, the comfort level of the banks enhances the success of the project,” says Baum. “I think with my own background and with [Cohen’s] background as a Professional Quality Surveyor, we really have the ability to understand what owners are looking for in terms of budgets and maintaining budgets.” And this is not just idle talk. Succession Development Corporation uses the Corecon construction management package, a software program designed to maintain strict control over budgets and costs related to all projects. The company is stable, both financially and in terms of staffing, growing at a manageable rate.

Given their position in the construction and development industry, “It made more sense to go after a market where we thought there was depth,” says Cohen. “We wanted to distinguish ourselves and go into a market [that not everyone was in].”

Individualized care in a senior community

Initially focusing on the construction side, the Succession Development Corporation quickly realized they had the tools to stand out in their market. “We are [now] more involved in the development and handover and operations. We work side by side with the operations team to ensure all needs are met.”

The hallmark of a Succession Development Corporation’s project is an acute awareness to designing homes for maximum comfort. Baum and Cohen are adamant about not only meeting building code requirements, but also “creating special features that most projects wouldn’t have and aren’t as obvious when you walk through a facility,” says Baum. “It allows individuals to age in place.”

What is it that makes Traditions of Durham so exciting? For one, it was the first project where the company was involved in operations and management. “It was our first endeavour as full start to finish projects,” says Baum. The company bought and rezoned the land on which it sits. It then designed the building according to “Universal Design”, an architectural planning method which emphasizes and promotes accessibility. “It was important for us to work with operators and make sure that what we put into that building works for the residents. We opted to put more assisted living in that building on the second floor. The more independent seniors stay on the additional floors.”

The team at Succession designed the residence with amenities and lifestyle services with their clients in mind. Oversized studios, a spa, theatre, library and Wine Bistro bar are enjoyed by residents and their frequent guests alike.

Succession Development Corporation’s concept of aging in place, whether that means with expertise keeping someone in their own home or transitioning to a facility and transitioning within that facility, is greatly important to the company.

“People like the options and flexibility. Specifically with retirement homes, while occupants obviously give us feedback, it’s also important to be dealing with the decision makers which are often the children,” Cohen added. “Children understand that there is a long-term commitment and it allows their parents to age in the facility.”

Townhouses involve a universal design that have a lot of accessibility features built in well beyond building code accessibility, allowing a more independent living lifestyle, while still allowing those more medically fragile than others access to services and communal arrangements. “Again, it’s the whole idea of enhancing independence at any age.” 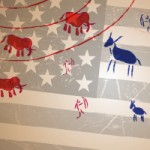 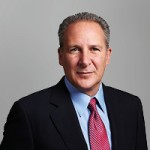