Summer…or Any Other Season of the Year… 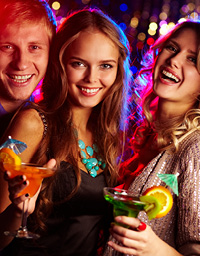 What better way to celebrate the end of summer than to have a BBQ or picnic.  As an employer, you may be considering hosting a company BBQ to allow employees to spend some time together out of the office, to relax and enjoy the last days of summer.  Aside from choosing what flavour of ice cream and pie to serve, there are other decisions which an employer should consider, such as whether alcohol will be served.  If the answer is “yes”, employers ought to be aware of the potential liability involved should there be a problem.  This issue may typically be considered when planning holiday parties, however, the law applies to every event hosted by an employer where alcohol is served, including the company BBQ.

In recent years, Canadian courts have considered the issue of host liability in a number of circumstances and have attributed different degrees of liability to various situations.  Host liability can be divided into three general categories – social hosts, commercial hosts and employer hosts.  Social hosts are individuals who host social gatherings such as house parties whereby the host is either providing all or some of the alcohol which is offered to its guests.  Commercial hosts in comparison include establishments such as pubs, bars and restaurants which are in the business of serving alcohol.  Finally, employer hosts are simply that: employers that host social events involving alcohol, for its employees.

In John v. Flynn (2001), the Ontario Court of Appeal overturned an original finding that an employer (Eaton Yale Ltd.) was 30 per cent liable for the injuries caused by its employee (Flynn).  The employee was drinking before and during his work shift.  Flynn left work intoxicated and drove himself home, arriving safely.  He then operated a vehicle again shortly after arriving home, at which time he was involved in a collision with John.  John was severely injured and sued both the employer and Flynn.

In this case, the alcohol was not provided by the employer, the employer was not aware of Flynn’s intoxication, Flynn’s supervisor did not observe any signs of impairment, and there was a company policy against workplace drinking whereby if an employee was found to be intoxicated at work the employers policy was to send that employee home by taxi.  This case is an example of a specific situation and factors that assist in the conclusion that the employer not be held liable for the damages caused by the intoxicated employee.

In Jacobsen v. Nike Canada (1996) an employer that supplied beer to its employees during working hours was found to have breached its duty of care to an employee when the intoxicated employee was injured while driving home and the employer failed to prevent that employee who showed signs of impairment from driving.  The court found that in this case, the employer’s responsibility went beyond watching for signs of impairment and included an obligation to take positive steps to prevent the employee from driving while impaired.  The employee (Jacobsen) was involved in a serious car accident while driving home and he sustained injuries which rendered him a quadriplegic.  Jacobsen sued his employer.  The court found that the employer was liable to Jacobsen for 75% of his damages because the employer failed to provide a safe workplace by supplying alcohol at work.

The case of Hunt (Litigation Guardian of) v. Sutton Group Incentive Realty Inc. (2001) demonstrates the potential liability of an employer who does not make sufficient attempts to see that its employees arrive home safely after consuming alcohol during an office party.  In this case the employer hosted an office Christmas party during which its employee (Hunt) consumed a few alcoholic drinks.  After the party, Hunt went to a pub and continued to drink.  On her way home, Hunt was seriously injured in a motor vehicle accident.  The court found that the employer was partially liable for Hunt’s damages.  The employer appealed and in 2002 the Ontario Court of Appeal ordered a new trial in the case on both liability and damages in part as a result of the trial judge’s discharge of the jury.  To date, a subsequent decision has not been rendered, however the Hunt case and the Jacobsen case are both examples of employees drinking at work when the employer was aware of the alcohol consumption, leaving work intoxicated and getting into car accidents.  Both employers were found to be partly liable for the injuries.

What is an Employer to Do?

An employer, if not careful, may be held partially responsible for the actions of its employee guests if they are involved in an accident after they have left an event hosted by its employer where alcohol was served.  If an employer is serving alcohol, it knows or ought to know that some of its guests may become impaired.  As such, an employer is responsible to monitor its guests and take every reasonable step to ensure that none of its guests leave the event impaired, or under circumstances that may put that person or anyone else at risk of harm.  The following are some considerations that may assist employers when hosting events where alcohol is served:

make available and offer alternative means of transportation such as taxis, or have designated drivers available;
make known the availability of accommodation for guests prior to the event;
refuse to continue serving intoxicated guests; and
have a doorperson screen all guests as they leave to ensure that they do not present a risk.

For those of you who are thinking that summer and BBQ season are almost over, you may be correct, however the cases outlined above as well as the suggestions and considerations that employers are faced with regarding employer host liability apply to any event, any time of the year.  Christmas and holiday parties; New Year’s festivities; birthdays; promotions; any event that an employer hosts wherein alcohol is served, ought to be done so with the utmost vigilance and awareness of the employer’s duty to its employees.  The law does not distinguish between seasonal events, and neither should an employer.