CBJ — Suncor Energy says that shipments from its Mildred Lake oilsands operation have resumed following a fire in March.

The company says it completed repairs and start-up activities to begin shipping product by pipeline on the weekend.

The fire burned for two days in March at the Mildred Lake oilsands upgrader after a pipeline began leaking near one of its two hydrotreating units.

The plant can produce about 350,000 barrels per day when it is operating at capacity.

Shipments are currently at approximately 140,000 barrels per day and are expected to ramp up as additional units complete turnaround activities.

Suncor says production is expected to return to full rates in June. 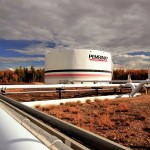 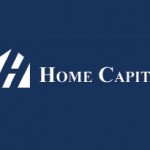 Home Capital Draws $1B of its $2B Line of Credit