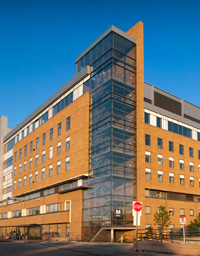 Building on Building & a New Program for the People

There’s expansion afoot at Toronto’s Sunnybrook Hospital, where this vital hub for Ontario healthcare is literally building towards its future. At the heart of this is the M-Wing Expansion which includes adding four new floors, fitting out two of those floors and accommodating the new Women and Babies Program moving from the Women’s College Hospital. But it’s not necessarily your everyday improvements; a nail here or an extra door there. No, at Sunnybrook the M-Wing Expansion is going vertical and literally building on top of a building whilst providing the excellent standards of service for which the hospital is famed.

Ed Bush, Senior Project Manager of the M-Wing Expansion, says that the expansion has been, “a long time coming.”

“I know the program which was operating out of Women’s College has been planning to move to the Bayview campus of Sunnybrook,” he explains. “The facilities that they currently work in, they deliver a great program and provide great service to the community, however the facilities were surely lacking and were getting toward the end of their useful life.”

This combination of timing and requirement has driven the facility move and new program set to provide an even greater service for Torontonians today.

A Building on Top of a Building

In essence, the M-Wing expansion begins with building a building on top of a building and all the while managing to continue operating the facility there throughout the course of construction. At four floors—including the two for the Women and Babies Program—and a total of 300,000 square feet, it is certainly a big job.

“That in itself is a tremendous challenge, especially when you look at the ongoing operations of the hospital taking place immediately below your work area over that period of time,” Bush says.

“We have parts of that hospital that operate 24/7. Some of the most trivial kind of things, like odours from construction equipment, you would never expect as an issue of concern, but they are in a hospital setting.”

Faced with a host of logistical issues, protecting the public and juggling an operating construction site and specific building methods with the smooth-running of a vital hospital service, it took some strong ingenuity and skill to follow through this phase of the M-Wing Expansion Program.

“We coordinated our work by choosing methods that would be the least invasive for the hospital itself. We looked at our hours of work and there were tasks that were done off hours because it was minimal impact to the patients and users,” Bush explains.

“Good communication was a big, big part of this as well, when people know what to expect. It is sometimes less of an issue for them if they hear a bit of noise and they experience something out of the ordinary; at least they know what it is.”

Bush emphasizes how keeping people in the loop on the goings on at the facility lead to greater tolerance and cooperation when it came to coming together and getting this momentous job done. In fact, today the job really is done, and the construction which began back in June 2007, was substantially completed by July 9 of this year. The vertical expansion has been a resounding success and Bush says that these sorts of builds are rather rare.

“The typical expansion you see is some sort of lateral expansion, where you have a main core then you build new wings, moving horizontally instead of vertically,” he says.

“When this building was originally constructed back in the mid-1980s, there was a vertical expansion contemplated at that point in time. There were a number of things the design team at that time had incorporated into the work to allow our project to proceed as it did over the last couple of years.”

One incremental example lies in the building’s foundations. Bush says that the columns—the main structural elements—were sized to accommodate that expansion. Within this, utilities such as plumbing and drainage, water supply, and the electrical power distribution were all designed to accommodate potential future expansion like the M-Wing build. The next step, of course, is throwing open the doors to the people poised to greatly benefit from the hard work.

Proud to Bring the Program to the People

It goes without saying that like any other civic building, it’s the people that make the hospital, and Bush is proud to bring this program to “a best of class new facility.” The marriage between a hospital bursting with well-reputed staff delivering first-class service, and this new program which literally expands upon the great work already done, is a very happy prospect for all.

“I think it’s good to be a part of making that even better within this new hospital setting,” Bush says. “Over the last year now, there has been a lot of preparation and planning going on behind the scenes in parallel with the construction, with the users moving here as well as the other support areas within the hospitals to prepare for the transition.”

All of this effort behind the scenes and all of the people and planning entailed cumulated in the big move which, as Bush says, looks set to be “a seamless and effortless transition.”

“We’ve already started with our training and orientation for the staff that will be moving up here in September,” he says. “We are starting to fit out the new facilities with the new equipment that we have been purchasing over the last little while and we’re doing all the final preparations of the space, making it ready for occupancy in September.”

The move will take place over five days in September, right after Labour Day weekend. The first four days will involve moving many of the support services, the doctors’ offices, and the clinics, then the fifth day is scheduled for moving the patients.

“There is a lot of excitement building now as we get closer to the patient move-in day,” Bush says.

And it is not difficult to see why. Every project of this size and effort endures the usual headaches along the way, but from the original foundations laid all those years ago, to the meticulously executed vertical expansion and on to the furtherance of the great service already delivered by the Sunnybrook staff today, it’s fair to say that the M-Wind Expansion is a true success story. Long may the new facilities and program serve the people of Toronto for many years to come. 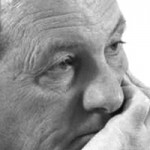 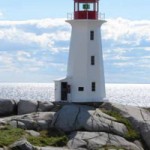