OAKVILLE, Ontario, June 29, 2021 (GLOBE NEWSWIRE) — Many Canadians who consume alcohol, cannabis, or an illicit drug drive knowing they are impaired by the substance, and frequently have passengers with them, according to MADD Canada’s first National Survey On Driving After Alcohol, Cannabis, Or Illicit Drug Use.

The poll, conducted by Ipsos on behalf of MADD Canada, asked Canadians aged 18-70 with a valid driver’s license, about consumption of alcohol, cannabis, or a non-prescribed illicit drug and whether they had driven knowingly impaired after consumption.

“A disturbing number of people are driving knowing they are impaired by alcohol, cannabis, or an illicit drug, and very often have passengers with them,” said MADD Canada Chief Executive Officer Andrew Murie. “It shows an alarming disregard, not only for the law, but for the safety of themselves, their passengers and other road users.”

While the overall percentage of Canadians who drove after taking a non-prescribed illicit drug was low, a significant number of them knowingly drove impaired, and the majority of them did so with passengers.

Mr. Murie noted that the survey provides valuable data on the impact of the opioid crisis on impaired driving.

“Over the past couple of years, we have seen more and more reports of drivers impaired by opioids, and these survey results confirm that trend,” he said.

The survey results showed that young males, aged 18-34, are the most likely group to engage in this behaviour:

“The young male demographic is one that has traditionally had higher rates of driving after alcohol, cannabis and drug use, and we’re seeing that mirrored in this study,” said Mr. Murie.

Excuses For Driving After Alcohol, Cannabis Or Illicit Drug Use

“It is incredibly frustrating to hear the reasons why people get behind the wheel after consuming alcohol, cannabis, or other drugs,” said MADD Canada National President Jaymie-Lyne Hancock. “People know that driving under the influence of alcohol, cannabis, or other drugs is dangerous and illegal, and they are risking it anyway. It will not matter that you didn’t feel impaired or didn’t have far to go if you cause a crash that kills or injures someone.”

Ms. Hancock encouraged Canadians to help keep roads and communities safe by planning ahead for a sober ride home, and by calling 911 to report suspected impaired drivers.

“We can help police take these drivers off the roads before a crash occurs by calling 911,” she said. “Every call has the potential to save a life.”

Misperceptions About Seriousness of Impaired Driving

The poll showed that some Canadian drivers held some misperceptions and expressed some level of nonchalance regarding impaired driving.

About The Survey
These are some of the findings of an Ipsos poll conducted between May 28 and June 8, 2021, on behalf of MADD Canada. A sample of 3,002 Canadians aged 18-70 with a valid driver’s license was interviewed online. Quotas and weighting were employed to ensure that the sample’s composition reflects that of the Canadian population aged 18-70 of drinking age according to census parameters. The precision of Ipsos online polls is measured using a credibility interval. In this case, the poll is accurate to within ± 2.0 percentage points, 19 times out of 20, had all Canadians aged 18-70 of drinking age been polled. The credibility interval will be wider among subsets of the population. All sample surveys and polls may be subject to other sources of error, including, but not limited to coverage error, and measurement error.

View the Ipsos Factum on this survey. 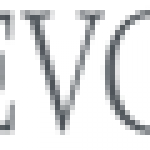 NevGold Corp. Begins Trading on the TSX-V Under Symbol NAU 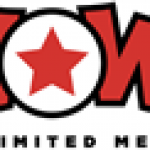