Home | Features | November 18 | Sustainability is in Your Control

Sustainability is in Your Control

Back in 1996 I was in an arena in Calgary and I saw something I had never seen before. All the ice rinks I had played in, and coached in, had gas operated ice resurfacing machines. But for the first time, I saw an electric one. It looked identical to the gas ones, except it had an electric wire coming from the ceiling supplying its power.

Finally, someone is thinking about the environment. The future looks bright.

Fast forward to today. The electric machines haven’t caught on as much as I had hoped they would. Arenas still operate with fuel operated ice resurfacing machines. Besides being a health hazard, they aren’t very sustainable. Fossil fuel is one of the most expensive means of creating energy.

It’s not enough that we talk about saving energy and electricity in Canada. It’s time to take action.

But I know what you are thinking… How will that help me and my company?

After all, you have meetings to attend, paperwork to file and demands to fulfill. Where are you going to find time to be more conscientious about the environment?

Let me get to the bottom line – your company’s bottom line to be more specific. What if being more aware about eco benefits actually helped increase your bottom line?

Think about the environmental benefits as a means to an end. The end is the dollars and cents, the productivity, the absenteeism, and the turnover that you actually care about. The means, the eco benefits, is the tool to achieving them.

As the saying goes, ‘awareness is half the battle’. Did you know there is an energy gap in Canada?

“Some people don’t have access to clean energy. There are remote areas in Canada that are still using diesel fuel, and they’re spending nine to 10 times more on their energy supply. This means that people in the poorest parts of this country pay the highest amount for energy.”

That was the start of my conversation with Susan Uthayakumar, Canadian president of Schneider Electric, a company that has been in operation since 1836 and has 144,000 employees worldwide. Schneider Electric is leading the way in the digital transformation of energy management and automation in homes, buildings, data centres, infrastructure and industries.

From talk to action

We have a real issue here in Canada. Going green, being more environmentally friendly and improving energy sustainability is already talked about a lot. But it’s time for businesses to move from talk to action.

Let’s get right to the bottom line. After all, when external forces impact an organization’s bottom line, that’s when business leaders start to take notice. Resolving the issue must start with awareness of the issue.

“Schneider Electric educates our customers on how to save energy and be sustainable.” Uthayakumar began to say. “Industrialization is on the rise. Over the past 25 years there has been a 50% increase in electricity usage. By 2050, this will increase another 50%. There are cities and towns that have aging electric grids. This means that when businesses want to build and expand, the increase in electricity usage puts additional strain on these aging grids. Canadian SMEs need to know what impact their demand has on the energy supply, why they should care and what they can do about it.”

On my family’s 13-month trip across Canada, I had the chance to engage in many conversations from coast to coast to coast. Most of the Canadians I spoke with expressed some kind of concern about energy and electricity consumption.

“Technology is changing fast, and this changes how often we use energy and how much we use,” Uthayakumar pointed out. “I too care about the earth and its sustainability. And that is why I say, how we use and save energy is completely in our control. Energy efficiency is dependent on how people use it.”

Where do you start?

“Measure usage” was Schneider Electric’s president’s counsel. “One third of energy usage in Canada is from industry. Sixty per cent of that usage isn’t even monitored and evaluated to look for efficiencies. We know that energy accounts for 30% of the operating costs for a typical Canadian SME. For someone to make this a priority, they just need to measure what it’s costing the company.”

My initial thought was compare what could be saved from using energy efficient methods compared with what is being spent on current methods. And that’s just the start.

“I would like to think that the future is bright for my children, and my children’s children, and their children and beyond. Sustainability and environmental considerations can’t be solely dependent on a business doing it to improve its bottom line. It needs to become a higher priority,” she said.

“We can do good things like take conscientious action to use energy smarter,” said Uthayakumar. “Unfortunately, there are roadblocks to improving energy usage and sustainability across the country. For example, many Canadians do not understand how the technology they use every day has its own energy demands. That is why education is one of the most important things we do at Schneider Electric.”

I quickly started to realize that with the ever-expanding demand on integrating technology into our day to day lives, we need to become more aware of its impact on energy needs.

Energy is so important in our everyday business lives. Things like computers, machinery, lighting, and transportation are all dependent on energy. Over the past few decades industrialization has increased rapidly, using more energy, and this trend will only continue. But do we really know what things are coming and what their energy needs will be? How can we best prepare for what changes are to come?

Uthayakumar’s final words summed up the answer… “Sustainability is in our hands.”

Kevin Huhn is the Founder of Be Your Best Today and through its mission helps small to medium-sized businesses clarify their message, get known and drive traffic. To learn more visit beyourbesttoday.ca 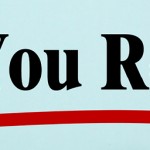 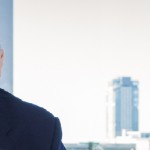 Canadian Football League: Commissioner Randy Ambrosie is Leading the Charge of Many Good Things to Come