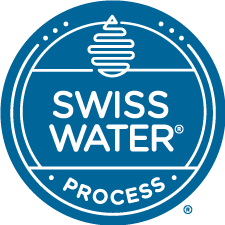 VANCOUVER, British Columbia, May 25, 2020 (GLOBE NEWSWIRE) — Swiss Water Decaffeinated Coffee Inc. (TSX – SWP) (“Swiss Water” or “the company”) today announced that it has now received formal notice from the new owner of its legacy production site in Burnaby, BC that its lease there will not be extended beyond June 7, 2023.
As previously announced, Swiss Water had determined that, in light of the change of ownership of the Burnaby site, it would move forward immediately with preparations to build a second production line at its new Delta BC plant with the goal of completing it prior to the expiration of the lease in Burnaby. Based on current engineering, once all production is consolidated in Delta, the targeted endpoint capacity there would be at least 40% greater than the current existing capacity of the two lines at the Burnaby site.Forward-Looking StatementsCertain statements in this press release may constitute “forward-looking” statements which involve known and unknown risks, uncertainties and other factors which may cause achievements to be materially different from any future achievements expressed or implied by such forward-looking statements. When used in this press release, such statements may include such words as “goal of completing”.  These statements reflect management’s current expectations regarding future events, but which are based on numerous assumptions and may prove to be incorrect. These statements are neither promises nor guarantees, but involve known and unknown risks and uncertainties, including, but not limited to, construction timing, costs and financing of capital projects, and general economic conditions.The forward-looking statements information contained herein are made as of the date of this press release and are expressly qualified in their entirety by this cautionary statement. Except to the extent required by applicable securities law, Swiss Water Decaffeinated Coffee Inc. undertakes no obligation to publicly update or revise any such statements to reflect any change in management’s expectations or in events, conditions, or circumstances on which any such statements may be based, or that may affect the likelihood that actual results will differ from those described herein.For more information, please contact: Iain Carswell, Chief Financial Officer
Swiss Water Decaffeinated Coffee Inc.
Phone: 604.420.4050
Email: Website: investor.swisswater.com
CBJ Newsmakers 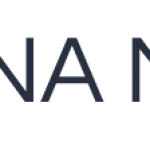