TORONTO, Aug. 31, 2020 (GLOBE NEWSWIRE) — Following the failure of the Ministry of Labour to adequately respond to their requests for appropriate health and safety standards in publicly funded schools, Ontario’s four major teacher and education worker unions say they have been left with no choice but to file formal appeals with the Ontario Labour Relations Board (OLRB).The Association des enseignantes et des enseignants franco-ontariens (AEFO), the Elementary Teachers’ Federation of Ontario (ETFO), the Ontario English Catholic Teachers’ Association (OECTA), and the Ontario Secondary School Teachers’ Federation (OSSTF/FEESO) – which together represent more than 190,000 teachers and education workers – say they will each be filing an appeal with the OLRB arguing that the Ministry of Education’s “Guide to Re-opening Ontario’s Schools” does not take every reasonable precaution to protect workers, as required by Section 25(2)(h) of the Occupational Health and Safety Act.Representatives of the unions met with Ontario’s Minister of Labour and Chief Prevention Officer on August 24, and raised a number of concerns regarding the Ministry of Education’s failure to put in place all reasonable precautions for a safe return to school. Following the meeting, the unions issued a request to the Minister of Labour that orders be made requiring the Ministry of Education to set standards around physical distancing, cohorting, ventilation, and transportation. It was also requested that the Ministry of Labour review these orders monthly, in case scientific developments dictate more stringent standards, and that school boards be given additional time if necessary to implement proper health and safety measures.As of August 28, the date upon which it said it would respond, the Ministry of Labour had failed to comply with these requests.The unions say the actions they are seeking are in line with those that have been put in place in workplaces and other public spaces throughout the province. The measures, especially those that would help facilitate two metres of physical distancing, also accord with advice given regularly to Ontarians by Premier Doug Ford as well as Chief Medical Officer of Health David Williams, Associate Chief Medical Officer of Health Barbara Yaffe, and many other health experts.The unions contend that the government’s claim about its reliance on “layers of prevention” does not follow widely accepted standards and practices around workplace health and safety, based on the “hierarchy of controls” from the US National Institute for Occupational Safety and Health (NIOSH). In the August 24 meeting, Ministry of Labour officials repeatedly referred to personal protective equipment (PPE) for teachers and education workers as a key part of the government’s strategy. However, the NIOSH says PPE is only one of many measures and the least effective control against a workplace hazard. Other measures, such as adaptations to the physical space, including improved ventilation, or changes to policies and procedures, are more likely to reduce a worker’s exposure to the hazard.  The unions strongly object to claims by the Premier and the Minister of Education that by raising concerns about the government’s school reopening plan, teachers and education workers are failing to do their part to help Ontarians navigate the COVID-19 pandemic. “The government is attempting to deflect blame for their inadequate school reopening plan by creating division among Ontarians. But union leaders have a responsibility to protect our fellow teachers and education workers, and we know we have the support of many parents, students, health experts and others,” says AEFO President Rémi Sabourin.“Schools and classrooms are unique workplaces, with upwards of 30 people sharing small spaces,” says ETFO President Sam Hammond. “Smaller class sizes would help make schools safer. Should teachers and education workers not be able to expect at least the same standards and precautionary measures as have been put in place in stores, offices, and other spaces across the province?” “The anxiety Ontarians are feeling around reopening schools is directly related to the government’s lack of leadership and their haphazard, incomplete planning,” says OECTA President Liz Stuart. “The Premier and the Minister of Education say they will do everything possible to make sure schools are safe. All we are asking is that they make an honest, exhaustive effort to follow through on this promise.”“The accusation that teachers and education workers are not willing to step up and get back to schools is preposterous and insulting,” says OSSTF/FEESO President Harvey Bischof. “No worker in the province of Ontario should be expected to sacrifice their health and safety, especially when there are such obvious measures the government could be taking to reduce the risk and prevent potential tragedies.”-30-For more information, please contact any of the following media relations representatives: AEFO – Marilyne Guevremont at 613-850-6410, or via email at [email protected]ETFO – Valerie Dugale at 416-948-0195, or via email at [email protected]OECTA – Michelle Despault at 416-925-2493, ext. 509, or via email at [email protected]OSSTF/FEESO – Paul Kossta at 416-751-8300, ext. 225, or via email at [email protected] 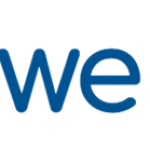 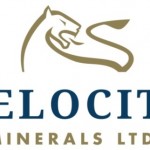