“I am relieved that Ottawa continues to support workers and reject the politics of austerity. Since the beginning of the pandemic, government spending has been the only thing keeping millions of Canadians afloat. To abandon Canadians at this critical juncture would be cruel and utterly senseless.

“Expanding the Québec daycare model to rest of the country is one of the biggest wins for working and middle-class Canadians since universal healthcare. We are eager to see more details on this new childcare program. We must ensure families of all types, and women in particular, have the tools to reach their full economic potential. Gone are the days when a single income was enough to support a family, and it is high time that the government acknowledge that parents need more support than ever before.

“The pandemic exposed an incredible shortfall in long term care. Our seniors, and the working-class heroes who look after them, deserve much better. We therefore welcome investments in long-term care. We urge the government to develop standards for long-term care as quickly as possible to ensure allocated funds can be put to good use. We must improve care for seniors and the working conditions of those who care for them.

“Finally, improvements to a federal working conditions represent a step in the right direction. The new federal $15/hour minimum wage will bring the wages of many federal workers up in line with some of the provincial minimum wage requirements. We also welcome the long-awaited changes to contract flipping rules where workers no longer have to suffer wage and work condition set-backs every time a new supplier is contracted in the federal jurisdiction.”

Teamsters represent close to 125,000 workers across Canada. The International Brotherhood of Teamsters, with which Teamsters Canada is affiliated, has 1.4 million members in North America. Visit teamsters.ca for more information. Follow us on Twitter @TeamstersCanada and “like” us on Facebook at facebook.com/TeamstersCanada. 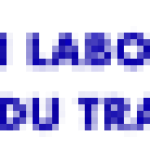