LAVAL, Quebec, Nov. 06, 2020 (GLOBE NEWSWIRE) — A new 5-year collective agreement was ratified by a large majority of frontline workers at UPS Canada today. This comes after five months of intense negotiations between the company and the Teamsters who represent over 9,300 workers at UPS.
“Our union has been able to secure financial and other improvements in the working conditions of these hard-working Canadians on the frontlines of this pandemic. This recognizes the critical role they have been playing in the supply chain since the outbreak of this crisis,” said the national president of Teamsters Canada, François Laporte.The new contract will improve wage progression for all categories of workers, meaning that some members will receive immediate raises of as much as $2 to $3 per hour. Workers already being paid the top rate will receive a $4.10 raise over the course of the five-year agreement. Full-time employees with seniority (at least 90 days on the job) will earn double time on the weekend, provided they work at least five hours.Further improvements have been made to the pension plan, to the benefits plan and to hours of work provisions. The policy on facial hair has also been loosened, bringing the company into the 21st century by finally allowing drivers to have neat and well-trimmed beards.“I would like to thank all the members who took part in this important process. I would especially like to thank and congratulate everyone on the bargaining committee for the long hours they put into these negotiations which took place under unusual and difficult circumstances,” added Laporte.Teamsters Canada represents over 9,300 frontline workers at UPS. Unionized positions include drivers, mechanics, air ramp employees, sorters, package handlers, car washers, customer counter clerks and most clerical workers.UPS Store employees are not unionized and are not covered by this agreement.Teamsters represent close to 125,000 workers across Canada. The International Brotherhood of Teamsters, with which Teamsters Canada is affiliated, has 1.4 million members in North America. Visit teamsters.ca for more information. Follow us on Twitter @TeamstersCanada and “like” us on Facebook at facebook.com/TeamstersCanada.Media requests:
Christopher Monette
Director of Public Affairs
Teamsters Canada
Cell: 514-226-6002
cmonette@teamsters.ca 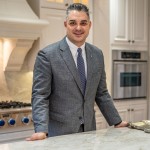