The manner in which Canadians watch – and pay – for television is in the midst of an enormous transition and for what seems like the first time in decades, the viewer is coming out as the winner – at least for now.

When the dust settles at the end of next year, viewers will finally be in full control in terms of what they pay for in their cable TV packages. But these new enhancements will come at the expense of a number of struggling on-air specialty channels, whose inability to generate the financial wherewithal to sustain themselves most assuredly means they will ultimately ‘fade to black’.

Just recently the Canadian Radio-television and Telecommunications Commission issued its long-awaited “pick-and-pay” ruling, confirming that by the end of 2016, television distributors will have to offer a basic package capped at $25 and give customers the ability to add individual channels or small bundles on top of that. Television subscribers will be able to select only the channels they want, one by one or in small packages. The revisions will be phased in gradually, allowing the industry time to adjust, but unless the broadcasters who struggle the most can find a new secret formula for attracting more viewers in order to increase advertising revenue, it’s doubtful any amount of time is going to prevent the inevitable.

For what seems like an eternity, television networks and specialty channels have been aided in their existence on a smooth and steady survival path thanks to a finely crafted level of autocracy rather than meritocracy. The result has seen viewers being left holding the bag, having to pay for broadcast programming they would rarely, if ever, watch. But now, as Canadian television moves to an unbundled environment over the next two years, experts say cable companies will face a higher degree of revenue pressures but broadcasters will be hit that much harder. While such a scenario is quite likely indisputable, it’s also true that millions of Canadians are fed up with having to pay for channels they never watch.

Take for example a 45-year-old single man who is a big hockey fan.  He wants to subscribe to SportsNet and TSN, because they are the TV broadcasters of his favourite team, the Toronto Maple Leafs. Why should he face further punishment beyond witnessing the on-ice follies by having to dig deeper into his pocket to purchase more expensive bundled programming with potentially two other networks that are of no interest to him whatsoever? To receive both sports channels likely requires purchasing a second bundle of three channels, which means the individual winds up paying for six channels, when in reality he only as an interest in two of them. In a capitalistic society, that just doesn’t make any sense. Many consumers believe television networks should survive on their own merit, and not be artificially propped up at the literal expense of viewers.

Industry analysts believe a significant number of television customers will take full advantage of the new options placed on the table, which will allow each household the ability to create their own stylized packages to suit their individual viewing preferences in addition to popular online programming services. Conventional thinking is that this move by the CRTC will actually help the stronger broadcasters. People want to have a say in what they can access, and by extension what they pay for. In private enterprise, if a company cannot succeed on its own merits, it is shuttered. The same basic principles should apply to television broadcasting.

“This is essentially the government or the CRTC encouraging the industry to move towards an online distribution model,” said Greg MacDonald, head of research at Macquarie Capital Markets Canada, during a recent media interview. “What happens when that’s the case is that companies lose pricing power and the potential for subscriber risk also increases, because it increases the options customers have.”

We may be in an era of the 1,000-channel universe on television, but we’re also in the multi-million channel universe if you add online broadcasting to the mix, whether it’s Netflix, YouTube, or countless other sources by which to watch content programming. It’s widely expected that television distributors will increase the base amount they charge for Internet services to help make up for this migration. Because of that, industry analysts are already predicting the CRTC could be chairing yet another hearing 24 to 36 months down the road, when complaints hit a fever pitch about the high costs of accessing the Internet.

Ken Engelhart, vice-president of regulatory affairs at Rogers Communications Inc., has conceded that there will be some revenue coming out of the system, but in his opinion it won’t be a significant amount. Ask the person paying for it at home and he or she may have a different opinion.

Bell and Rogers now dominate the national broadcasting landscape, having bought out many of their smaller competitors along the way. They are also the two largest Internet distributors in Canada, along with the likes of Telus, Cogeco and Shaw.

The new regulatory system invoked by the broadcast regulator will be met with challenges from some corners, but nothing to the extent that major modifications are likely to be put in place.

Distribution companies and broadcasters are the ones that will be most negatively affected by the CRTC’s decision, although distribution companies will be able to replace some lost income through an increase in Internet fees. Specialty channel operators don’t have that option, which is why we can expect to see some of those channels going the way of the dodo bird, with an inability to stay afloat based on their own revenue generation.

Companies such as Corus Entertainment Inc. and DHX Media Ltd, which focus on creating content but have no distribution business, could be examples of enterprises who will likely feel increased pressure with these new rules.

The CRTC has mandated that all distributors must have their basic service in place by March, 2016. It will include all local and regional stations, special-interest channels such as the Aboriginal Peoples Television Network (APTN), education and community channels and provincial legislature networks. National over-the-air networks such as CTV, City and Global, or U.S. networks ABC, CBS, NBC, FOX and PBS, can be added at the distributor’s discretion – but they cannot raise prices.

Canadian Heritage Minister Shelly Glover said in a statement the federal government welcomes the decision, having advocated for pick-and-pay in the past.

By December of 2016, every other channel must be available both as a standalone choice and in a small bundle of perhaps five or 10 channels, which might be built by the viewer or the distributor. Providers can still offer existing theme packs.

It has been acknowledged that a greater choice by viewers to pick and choose what they want could come with longer term consequences, such as having to pay more due to revenue losses across the industry, as well as job losses.  The argument of having less new content is obvious, but not necessarily problematic, given that so few people are watching now, while it’s still available.  Flooding the market with more content is not the answer if the level of quality is insufficient to generate viewer interest.

“The CRTC is not making choices for Canadians. It is setting out a road map,” said Jean-Pierre Blais, in a recent media conference. “We are forcing the industry to finally face that the world is changing.”

To that end, Blais admits the change will have negative repercussions for some.

“I won’t say the result of this decision will mean that every service provider … will survive in this new environment. There may indeed be services that will not survive and there will be job losses,” he said.

In mid-February, Sun Media Corp. issued a statement saying it was pulling the plug on Sun News Network after being unsuccessful in finding a buyer. This came after numerous battles about the necessities of mandatory carriage. At no point during its existence was Sun News Network able to generate anywhere near the level of viewership necessary to stay in business long term.

“Over the past four years, we tried everything we could to achieve sufficient market penetration to generate the profits needed to operate a national news channel. Sadly, the numerous obstacles to carriage that we encountered spelled the end of this venture,” said Julie Tremblay, President and CEO of Media Group and Sun Media Corporation.

The obstacles Tremblay is referring to deals with the aforementioned mandatory carriage. The turning point for Sun News Network came in 2013 when the CRTC refused the network’s request for mandatory carriage, which would have included the channel in basic cable and satellite packages across Canada. A spot on the dial would have generated significant revenue for the financially-strapped network, which had struggled in the ratings since its creation.

The general feeling is that other specialty channels will ultimately suffer the same fate as Sun News Network, albeit under somewhat different circumstances.

The full pick-and-pay option, where subscribers could both create bundles and buy individual channels, must be in place by December 2016. News channels from CBC and CTV will not be included in the basic cable package. CBC News Network will be mandatory in Quebec, while French-language news channel RDI will be mandatory for Canadian provinces and territories outside Quebec.

Overall, this seems like a win for consumers on the surface, although the extent of the victory won’t be entirely evident for a couple of years. However, by that time more broadcast viewers may have cut the cord and moved more predominantly to online broadcasts.  From that perspective it appears as if the CRTC is still desperately trying to play catch up to the constantly evolving technology. The online solution is becoming more prevalent with each passing day, and there’s no stopping that. It’s now a matter of how the broadcasters and distributors react to it that will determine their future relevancy.

Another fairly new change that benefits the consumer is the ability to switch cable companies without having to give a 30-day notice period. Consumers will have the option of keeping the cable packages they already have. It will be interesting to see how many do. The next two years will be very telling about the future of broadcasting. 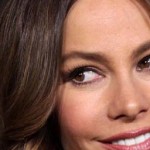 Why Businesswomen Should Embrace Their Inner Sofia Vergara 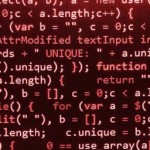