Sabodala is well on track to produce at least 230,000 ounces of gold1 in 2018, Wahgnion is expected to add more than 350,000 ounces to mineral reserves, and Golden Hill initial resource to be released in January

TORONTO, Sept. 18, 2018 (GLOBE NEWSWIRE) — Representatives of Teranga Gold Corporation (“Teranga” or the “Company”) (TSX:TGZ) (OTC:TGCDF) will speak this week and next at two leading industry conferences, focusing on the Company’s strong year-to-date operating results, its organic growth pipeline and its path to becoming a multi-asset, mid-tier gold producer in West Africa.

“We look forward to discussing the progress we have made in 2018 at our production, development and exploration properties with industry audiences during the upcoming conferences in Colorado,” said Richard Young, President and Chief Executive Officer. “Construction of our second mine, Wahgnion, is largely on budget and is on schedule for first pour by the end of next year. Once in operation, Wahgnion is expected to increase company-wide production by 50% to between 300,000 and 350,000 ounces of gold, moving the Company one step closer to mid-tier producer status.”

Sabodala: Well on Track to Achieve 2018 Production and Cost Guidance
Following record production in the first half of 2018, and with the expectation for a solid third quarter, the Company’s flagship operation in Senegal is well on track to meet 2018 production guidance of at least 230,000 ounces of gold1 and to achieve per ounce cost guidance (cost of sales, cash costs2 and all-in sustaining costs2).

Wahgnion: Upcoming Mineral Reserve Estimate to Add at Least 350,000 Ounces
Based on drill results from a 73,000-metre infill drill program completed in 2017, in June the Company announced a combined measured and indicated mineral resource for Wahgnion of 2.4 million contained ounces of gold3, an increase of 0.6 million ounces, or 33%, from the resource previously announced in the feasibility study released on September 7, 2017. Teranga intends to issue an updated Wahgnion mineral reserves estimate during the week of September 24, 2018, which it anticipates will bring more than 50% of the additional 0.6 million ounces of mineral resources into mineral reserves. An updated National Instrument 43-101 – Standards of Disclosure for Mineral Projects technical report will be filed shortly thereafter.

Construction at Wahgnion, the Company’s second mine, is progressing well. The project is on track with first pour expected by the end of 2019. The capital budget remains largely in line with the estimates outlined in the feasibility study. At the half-way point through project commitments, the Company is not seeing any material cost increases save for unfavourable variances in fuel and foreign exchange rates during the construction period.

Golden Hill: Advancing to Initial Resource
Golden Hill continues to advance quickly. The Company will issue an update on this advanced stage exploration project later this week. Given the size and timing of the drill program for the remainder of the year, an initial resource for Golden Hill is expected in January 2019 rather than December 2018, as originally planned.

Both conference presentation webcasts will contain slides for simultaneous viewing and will be accessible on Teranga’s website at www.terangagold.com/events.

Forward-Looking Statements
This press release contains certain statements that constitute forward-looking information within the meaning of applicable securities laws (“forward-looking statements”), which reflects management’s expectations regarding Teranga’s future growth opportunities, results of operations, performance (both operational and financial) and business prospects (including the timing and development of new deposits and the success of exploration activities) and other opportunities. Wherever possible, words such as “plans”, “expects”, “does not expect”, “scheduled”, “trends”, “indications”, “potential”, “estimates”, “predicts”, “anticipate” “to establish” or “does not anticipate”, “believe”, “intend”, “ability to” and similar expressions or statements that certain actions, events or results “may”, “could”, “would”, “might”, “will”, or are “likely” to be taken, occur or be achieved, have been used to identify such forward looking information. Specific forward-looking statements in this presentation include forecasting 2018 gold production of at least 230,000 ounces in line with cost guidance, the conversion of 50% of the additional 0.6 million ounces of mineral resources into mineral reserves and anticipated capital costs and timing of first pour from the Wahgnion gold project. Although the forward-looking information contained in this press release reflect management’s current beliefs based upon information currently available to management and based upon what management believes to be reasonable assumptions, Teranga cannot be certain that actual results will be consistent with such forward-looking information. Such forward-looking statements are based upon assumptions, opinions and analysis made by management in light of its experience, current conditions and its expectations of future developments that management believe to be reasonable and relevant but that may prove to be incorrect. These assumptions include, among other things, the closing and timing of financing, the ability to obtain any requisite governmental approvals, the accuracy of mineral reserve and mineral resource estimates, gold price, exchange rates, fuel and energy costs, future economic conditions, anticipated future estimates of free cash flow, and courses of action. Teranga cautions you not to place undue reliance upon any such forward-looking statements.

In addition, this press release also contains references to estimates of mineral resources and mineral reserves. The estimation of mineral resources is inherently uncertain and involves subjective judgments about many relevant factors. Estimates of mineral reserves provide more certainty but still involve similar subjective judgements. Mineral resources that are not mineral reserves do not have demonstrated economic viability. The accuracy of any such estimates is a function of the quantity and quality of available data, and of the assumptions made and judgments used in engineering and geological interpretation (including estimated future production from the company’s projects, the anticipated tonnages and grades that will be mined and the estimated level of recovery that will be realized), which may prove to be unreliable and depend, to a certain extent, upon the analysis of drilling results and statistical inferences that ultimately may prove to be inaccurate. Mineral resource or mineral reserve estimates may have to be re-estimated based on: (i) fluctuations in the price of gold or other minerals; (ii) results of drilling; (iii) metallurgical testing and other studies; (iv) proposed mining operations, including dilution; (v) the evaluation of mine plans subsequent to the date of any estimates and/or changes in mine plans; (vi) the possible failure to receive required permits, approvals and licenses; and (vii) changes in law or regulation.

The risks and uncertainties that may affect forward-looking statements include, among others: the inherent risks involved in exploration and development of mineral properties, including government approvals and permitting, changes in economic conditions, changes in the worldwide price of gold and other key inputs, changes in mine plans and other factors, such as project execution delays, many of which are beyond the control of Teranga, as well as other risks and uncertainties which are more fully described in Teranga’s Annual Information Form dated March 29, 2018, and in other filings of Teranga with securities and regulatory authorities which are available at www.sedar.com. Teranga does not undertake any obligation to update forward-looking statements should assumptions related to these plans, estimates, projections, beliefs and opinions change. Nothing in this document should be construed as either an offer to sell or a solicitation to buy or sell Teranga securities. All references to Teranga include its subsidiaries unless the context requires otherwise.

About Teranga
Teranga is a multi-jurisdictional West African gold company focused on production and development as well as the exploration of more than 6,400 km2 of land located on prospective gold belts. Since its initial public offering in 2010, Teranga has produced more than 1.5 million ounces of gold from its operations in Senegal, which as of June 30, 2017 had a reserve base of 2.7 million ounces of gold. Focused on diversification and growth, the Company is advancing its Wahgnion Gold Project in Burkina Faso towards delivering its second producing gold mine, as well as carrying out extensive exploration programs in three West African countries: Burkina Faso, Côte d’Ivoire and Senegal. The Company had nearly 4.0 million ounces of gold reserves from its combined Sabodala Gold operations and Wahgnion Gold Project as of June 30, 2017. Teranga applies a rigorous capital allocation framework for its investment decisions to execute on its growth strategy relying on a combination of cash on the balance sheet, free cash flow from operations and debt.

Steadfast in its commitment to set the benchmark for responsible mining, Teranga operates in accordance with the highest international standards and aims to act as a catalyst for sustainable economic, environmental, and community development as it strives to create value for all of its stakeholders. Teranga is a member of the United Nations Global Compact and a leading member of the multi-stakeholder group responsible for the submission of the first Senegalese Extractive Industries Transparency Initiative revenue report. 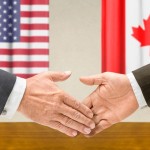