MONTREAL, Aug. 17, 2020 (GLOBE NEWSWIRE) — TFI International Inc. (NYSE and TSX: TFII), a North American leader in the transportation and logistics industry, today announced the closing of its previously-announced marketed offering of common shares in the United States and Canada. TFI International issued a total of 5,060,000 shares, including 660,000 shares following the exercise in full by the underwriters of their over-allotment option. The shares were issued at a price of US $43.25 per share, the equivalent of CAD $57.32 per share based on the Bank of Canada exchange rate at the time of pricing, for gross proceeds to TFI International of US $218,845,000 (approximately CAD $290 million).
TFI International expects to use the net proceeds from the offering for working capital and to reduce the amount outstanding under one of its credit facilities, thereby increasing the amount available under the credit facility for future use by TFI International. TFI International may use the credit facility in the future for general corporate purposes, including acquisitions.The public offering was conducted through a syndicate of underwriters led by Morgan Stanley, BofA Securities, Credit Suisse, Goldman Sachs & Co. LLC and J.P. Morgan, as joint lead book-running managers, with RBC Capital Markets and UBS Investment Bank as joint-bookrunners and Cowen, National Bank of Canada Financial Inc., Stephens Inc., Stifel and Wolfe Capital Markets and Advisory as co-managers.No securities regulatory authority has either approved or disapproved the contents of this news release. This press release shall not constitute an offer to sell or the solicitation of an offer to buy, nor shall there be any sale of these securities in any province, state or jurisdiction in which such offer, solicitation or sale would be unlawful prior to the registration or qualification under the securities laws of any such province, state or jurisdiction.ABOUT TFI INTERNATIONAL
TFI International Inc. is a North American leader in the transportation and logistics industry, operating across the United States, Canada and Mexico through its subsidiaries. TFI International creates value for shareholders by identifying strategic acquisitions and managing a growing network of wholly-owned operating subsidiaries. Under the TFI International umbrella, companies benefit from financial and operational resources to build their businesses and increase their efficiency. TFI International companies service the following segments:Package and Courier;Less-Than-Truckload;Truckload;Logistics.TFI International Inc. is publicly traded on the New York Stock Exchange and Toronto Stock Exchange under the symbol TFII.CAUTION CONCERNING FORWARD-LOOKING STATEMENTS
Certain statements included in this press release may be “forward-looking information” within the meaning of applicable Canadian securities laws, section 27A of the United States Securities Act of 1933, as amended, and section 21E of the United States Securities Exchange Act of 1934, as amended, and such statements are subject to the safe harbor created by those sections and by the United States Private Securities Litigation Reform Act of 1995, as amended, including statements regarding the use of proceeds of the public offering. This forward-looking information is identified by the use of terms and phrases such as “may”, “might”, “expect”, “intend”, “estimate”, “anticipate”, “plan”, “foresee”, “believe”, “to its knowledge”, “could”, “design”, “forecast”, “goal”, “hope”, “intend”, “likely”, “predict”, “project”, “seek”, “should”, “target”, “will”, “would” or “continue”, and the negative of these terms and similar terminology, including references to assumptions, although not all forward-looking information contains these terms and phrases. Forward-looking information is based upon a number of assumptions and is subject to a number of risks and uncertainties, many of which are beyond TFI International’s control, that could cause actual results to differ materially from those that are disclosed in or implied by such forward-looking information. The forward-looking information contained in this press release represents TFI International’s expectations as of the date of this press release (or as of the date they are otherwise stated to be made), and are subject to change after such date. However, TFI International does not undertake to update or amend such forward-looking information whether as a result of new information, future events or otherwise, except as may be required by applicable law.For further information:
Alain Bédard
Chairman, President and CEO
TFI International Inc.
647-729-4079
[email protected] 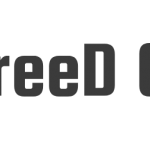 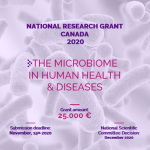