Which of the Two Biggest Days for Sales will Reign Supreme?

Lest you’ve been living an idyllic hunter-gatherer lifestyle in the northern reaches of this country, you’ve likely noticed the ascent of Canadian Black Friday and Cyber Monday promotions from retailers nationwide over the past few years. The phenomenon, co-opted from the United States where it heralds the beginning of the holiday shopping season on the heels of their Thanksgiving, marks one of the biggest shifts in the retail landscape and consumer behaviour in Canada.

ACCORDING TO GOOGLE Canada, mobile searches for ‘Black Friday’ and ‘Deals’ have increased 100% over the past two years, a clear sign that this retail revolution has taken hold.

Going Toe-To-Toe With Boxing Day Though the nascent Canadian rendition of Black Friday lacks the cultural weight of its American counterpart, this hasn’t stopped it from becoming a serious contender to Boxing Day as the time when most Canadians plan to hunt for deals, according to a recent study from the Retail Council of Canada.

With 40% of Canadians indicating an intention to shop on Black Friday compared to 35% for Boxing Day, it appears, somewhat unsurprisingly, that pre-Christmas is becoming a more favourable time to shop for many.

The report also reveals that 20% of Canadians are starting their holiday shopping earlier this year, suggesting that the allure of the late November deals may be working in kickstarting holiday spending. Of note, however, is that despite the day’s distinctly American roots, 87% of Canadians consider it important to ‘buy Canadian’ regarding their retailers of choice.

Taking Advantage Of The Shift

For Canadian furniture retailer The Brick, in particular, whose brand name has become synonymous with Boxing Day deals, Black Friday has presented a significant opportunity to capitalize on a market newly primed for promotions and to build even further upon their success in the holiday sales space. This is evident in The Brick reaching No.7 of the top 10 most searched brands leading up to the Black Friday shopping period, as reported by Google. Moreover, as a Canadian retail icon, The Brick benefits by tapping into the consumer push towards ‘buying Canadian’.

“The rise of Black Friday has allowed The Brick to complement its Boxing Day successes and build upon our position as a market leader, all while providing even more value to Canadians leading up to the holiday season,” says Dave Freeman, President of The Brick.

A Uniquely Canadian Perspective Once a blip on the Canadian retail radar, the proliferation of Black Friday germinated out of consumers’ demand for more pre-holiday sales in tandem with retailers’ attempts to shore up Canadian dollars going across the border to discounted American competition.

With no accompanying holiday or day-off during Black Friday, as is the norm in the U.S., the day has become more of an adoption than a direct carbon copy, with Canadians making it unique in terms of their consumer behaviour. In particular, shopping habits appear to revolve around the Thursday night before, as shoppers eagerly trawl through newly announced or impending deals, and the following Friday work day with shoppers sealing the deal on purchases in the morning, at lunch and then after work.

Of course, all of this on-the-clock buying has to be done online, making e-commerce that much more important to retailers’ promotional strategy. It’s these nuances (lunch breaks be damned) that make it clear Black Friday in this country will never be quite the same as south of the border but that it looks to be definitely here to stay in its own uniquely Canadian form. 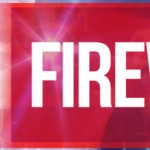 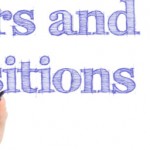 Treading through the muddy waters of M&A