Toronto, April 16, 2020 (GLOBE NEWSWIRE) — TVO’s The Agenda with Steve Paikin has won the Trina McQueen Award in the TV News Information Program category at the 2020 Central Region RTDNA Awards of Excellence. The award was presented for the episode “Why Nothing Big Gets Done Anymore,” which examined whether the Canadian political system can handle the challenge of delivering transformative national projects in an increasingly complex world. The Radio Television and Digital News Association Awards of Excellence honour the best journalists, programs, stations and news gathering organizations in radio, television and digital. The Trina McQueen Award is given to a program that demonstrates editorial excellence, relevance to the audience, and quality of insight, analysis and production. As the winner in this regional category, The Agenda with Steve Paikin will now be eligible for the national award in May 2020. “This award is a testament to the brilliant team behind The Agenda with Steve Paikin,” says John Ferri, TVO’s vice president of current affairs and documentaries. “It recognizes their intense commitment to keeping people informed about the issues that matter.” TVO was also a finalist in three digital categories for the central region:Best Podcast – Word Bomb: “Anthropocene”Opinion and Commentary (Sam Ross Award) – John Michael McGrathShort Feature (Dave Rogers Award, Large Market) – The Agenda with Steve Paikin: “How One First Nation Made Its Mark in the Little NHL”About TVO
Since 1970, TVO has existed to ignite the potential in everyone through the power of learning. Through impactful digital education products, in-depth current affairs, thought-provoking TVO Original documentaries, and award-winning TVOkids content, we prepare Ontarians for success in school and life. As we mark our 50th year, TVO’s ongoing evolution as a modern digital learning and media organization prepares us to serve Ontarians for generations to come. TVO is funded primarily by the Province of Ontario, and is a registered charity supported by thousands of sponsors and donors. For more information, visit www.tvo.org and tvokids.com. Where to find TVOLsan Tzadu
TVO
c: 437.284.0384
Ltzadu@tvo.org 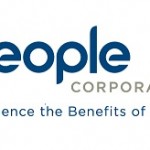 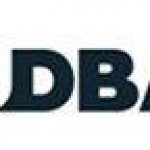