MONTREAL, Jan. 22, 2020 (GLOBE NEWSWIRE) — Investissement Quebec and the Quebec Technology Association (AQT) are pleased to announce the 10 finalists for the Prix PDG Émérite Investissement Québec 2020, the most prestigious honour awarded to CEOs within the Quebec tech industry. From January 9 to 20, 2020, more than 1,400 tech-industry leaders were invited to vote among numerous past-decade CEO of the Year Award winners and finalists. The results are in, and the 10 CEOs with the highest individual score have made the final cut to compete for the most prestigious award on February 5 at the special gala evening organized for the 20th edition of CEO Vision.
INVESTISSEMENT QUÉBEC’S CEO OF THE YEAR AWARD GAINS OUTSTANDING PRESTIGE
This year, to commemorate a decade of excellence and, most importantly, to shine a spotlight on the ever-growing contribution of key figures within Quebec’s tech industry, the AQT and Investissement Québec present the anniversary edition of the historic “CEO of the Year Award” which they’ve aptly renamed as the “Prix PDG Émérite Investissement Québec,” to mark this special occasion. In keeping with tradition, this prestigious award will once again be determined by a peer vote. Once the industry’s electronic vote has been cast, which accounts for 30% of the 10 finalists’ tallied scores, the winner will be determined following a vote made by the 175 CEOs registered for the 20th edition of CEO Vision on February 5, accounting for 70% of the final score.“It’s up to the industry to award this great honour and elect the CEO who consistently contributes to its overall sense of pride, says Nicole Martel, CEO at AQT. Since 2003, this prestigious title has set itself apart owing to the genius and vision of tech-community leaders. They know how to praise key builders and select winners who embody the vitality and tremendous potential of an industry whose contribution to our economy is already so significant. I’m extremely proud of these ten finalists! ”The talent and leadership of these businessmen and women is astounding, says Guy Leblanc, CEO at Investissement Québec. They’ve made outstanding contributions to Quebec’s IT industry on an international scale, and their accomplishments serve as a source of inspiration to all business communities here. It’s a tremendous honour for Investissement Québec to recognize them with this special award.”Please note that both the electronic vote and the vote on February 5 are supervised by independent firm, SOM.HERE ARE THE 10 FINALISTS FOR THE PRIX PDG ÉMÉRITE INVESTISSEMENT QUÉBECJoé Bussière, President, LibéoKatie Bussières, President, NubikFrançois Dion, CEO, LevioDavid Hervieux, President, DevolutionsPaul Hamelin, President of the Board, GIROAndré d’Orsonnens, President of the Board and CEO, Druide informatiquePaul Raymond, President and CEO, AlithyaSamer Saab, CEO and founder of ExploranceMartin Thériault, President and CEO, EddyfiChantal Trépanier, President & CSO, SIM/CogniboxDiscover the achievements of the 10 finalists on the AQT website: https://www.aqt.ca/pdg-emerite-en/To download the bios and photos of the finalists, go to: https://www.aqt.ca/vision-pdg/pdg-emerite-kit-media/About AQT
The Quebec Technology Association (AQT), the inescapable techno business network, provides executives with a stimulating and world-class environment that is conducive to the growth of their business and industry. With its 500 members, it brings them together, thus enabling them to increase the performance of their organization. A self-funded non-profit organization, the AQT represents the entire industry in decision-making bodies and is among the top 10 techno associations in North America.About Investissement Québec
Investissement Québec’s mission is to foster the growth of investment in Québec, thereby contributing to economic development and job creation in every region. The Corporation offers businesses a full range of financial solutions, including loans, loan guarantees and equity investments, to support them at all stages of their development. It is also responsible for administering tax measures and prospecting for foreign investment.Gilbert Vallière
Directeur des communications
Association québécoise des technologies (AQT)
514 874-2667, ext. 106
gvalliere@aqt.caIsabelle Fontaine
Directrice principale, Médias et Affaires gouvernementales
Investissement Québec
514 876-9359
Isabelle.Fontaine@invest-quebec.com
CBJ Newsmakers 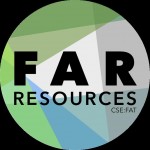