Not for distribution to U.S. newswire services or for dissemination in the United States.

This announcement and the information contained herein is restricted and is not for release, publication, or distribution, in whole or in part, directly or indirectly in, or into or from the United States or any other jurisdiction in which the same would be unlawful. Further, this announcement is for information purposes only and shall not constitute an offer to sell or issue or the solicitation to buy, subscribe for or otherwise acquire any securities of The Bitcoin Fund or the 3iQ CoinShares Bitcoin ETF in any jurisdiction in which any such offer or solicitation would be unlawful.

3iQ Corp. (“3iQ”), the largest digital asset manager in Canada, announced today that unitholders of The Bitcoin Fund (the “Fund”) who had tendered their Fund units (“Units”) for redemption, in-kind or for cash, in connection with the annual redemption feature of the Fund will be entitled to receive US$43.1193 per Unit, the net asset value per Unit on the annual redemption date of June 16, 2021. Payments will be made on or before June 30, 2021.

Please read the prospectus before investing. Important information about The Bitcoin Fund and the 3iQ CoinShares Bitcoin ETF (together, the “Funds”) is contained in each Fund’s prospectus. Copies of the prospectus may be obtained from 3iQ Corp. or at www.sedar.com.

Commissions, trailing commissions, management fees and expenses all may be associated with mutual fund investments. Please read the prospectus before investing. Mutual funds are not guaranteed, their values change frequently, and past performance may not be repeated.

THIS ANNOUNCEMENT AND THE INFORMATION CONTAINED THEREIN, IS RESTRICTED AND IS NOT FOR PUBLICATION, RELEASE OR DISTRIBUTION, IN WHOLE OR IN PART, DIRECTLY OR INDIRECTLY, IN OR INTO OR FROM THE UNITED STATES OR ANY JURISDICTION IN WHICH THE SAME WOULD BE UNLAWFUL. 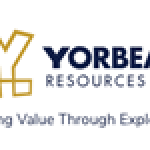