Home | Business in Action | February 16 | The Building Union Of Canada

The Building Union Of Canada

The name Craig Bromell has been widely known for the better part of two decades, and certainly dating back to his days as the outspoken leader of the Toronto Police Association from 1997 to 2003. He gained immense public notoriety as a fierce union negotiator and someone who staunchly stood by the officers he represented. Bromell has always maintained that his only goal was to improve the lives and working conditions of all the men and women on the force. He has the exact same objective in his current venture, only this time it’s supporting workers in the construction industry as president of the Building Union of Canada, which he founded less than four years ago.

Married with four children, Bromell grew up in Oshawa, Ontario. Since retiring after 26 years in policing he immediately began working on a number of other ventures because, by his own admission, he gets bored quite easily. Boredom has not been a problem having kept himself busy with his own TV and radio show and has been involved in a number of media productions over the past 12 years.

Bromell has also been diligently working on his memoirs and a book titled Copfather, which recounts his many years as a labour leader, including of course his very high-profile stint as leader of the Toronto Police Association. A primary incentive for putting this together was set off when Bromell came to realize that he had been mentioned in a number of other people’s books, yet he’d never been approached to provide his side. Needless to say, a lot of what was written about him was considerably one-sided.

“I’m doing it to set the record straight,” Bromell responds. “I talk about what was happening in Toronto on the labour front.”

Now lots of people are once again talking about Bromell, but this time it’s about his rapid accomplishments on the construction labour front – which is expanding on a national scale.

Bromell’s brother Stephen was involved with the Christian Labour Association of Canada (CLAC), which is when Craig was approached to work with them as a consultant, which he did. The experience provided him with his first real taste of the construction industry. During the next six-months, Bromell was able to open new doors by holding meetings with mayors, city officials and decision makers at Queen’s Park. It quickly became apparent that many people valued his view on labour relations in the construction industry.

“I realized there might be something there but I wanted to start fresh, so I asked my brother if he would come onboard to start up as a founding member,” Bromell tells us. “Once he agreed, I decided to move forward and give it a try and that’s how we created Building Union of Canada.”

Stephen Bromell serves as Secretary Treasurer at BUC and is one of a number of experts Craig Bromell depends on. Stephen came equipped with 15 years of experience in the construction labour front and the others are much the same.

In learning the business on the fly, Bromell rapidly came to the conclusion that labour is labour – everywhere, regardless of the industry. But he was most fascinated by the vastness and the amount of work being done within the construction sector. It’s an industry that has a huge impact on the overall economy, much like law enforcement. It’s a parallel that Bromell immediately put to good use through his past experiences.

“I took the template of running law enforcement because at the time we were not just the most powerful police union, we were the most powerful union – period,” Bromell states. “So I took that template and put it into BUC and I found some great guys to come onboard with me.”

For a variety of reasons there hasn’t been any other new union in the construction industry in many, many years. One critical advantage that puts BUC above other established unions and associations is that there is no debt on the books. That aspect alone provides a colossal head start and can account for significant savings due to the way they are structured and able to negotiate with companies.

“We are in a position where we are offering between $6 and $9 less an hour for work and being able to get our workers more in hourly rates,” Bromell explains. “We can get our workers $1 or $2 more an hour, plus the owners can save $5 or $6 an hour and we have a Cadillac pension plan but we don’t have any debt. We took advantage of that and people started knocking on our door.”

As Bromell points out, if you have a substantial project and are saving on labour, which is usually at least 50% of the project, there can be a difference of $5 or $6 an hour, which leads to great savings and resourcefulness. It’s a win-win-win scenario because a sizable portion of work BUC is doing now is with the government, so taxpayers win as well. The money the owner saves can either go to a lower bid or have it put towards their profit. There are no initiation fees for joining BUC and the dues range between a modest 1% and 1.5%.

“We just want to make sure that our people are getting the same benefits and pension, plus making more money,” Bromell says. “We’re a non-profit organization. We’re not here to have a few million dollars in a slush fund or a war chest. We have to put it back to the members and I want it that way.”

The business side of BUC became an instant success. In the past couple of years BUC has grown to the point where it is already approaching 1,000 members. If, as Bromell envisions, BUC reaches the point where there are one day 30,000 members with a similar savings of up to $9 an hour, the savings would translate into billions of dollars.
“The business side of BUC is why we’re getting companies like the Daniels Corporation, because they save so much money,” Bromell says.

Bromell is quick to credit the strong, professional team working with him at BUC in the Toronto office. They’ve faced challenges at the labour board and come out victorious each and every time. The talent and expertise is in place and they’ve shown they are here to stay. With BUC there is not the hassle of having to negotiate with six or seven different unions – it’s all taken care of by Bromell and his team.

In addition to Craig Bromell and his brother Stephen, the executive branch at BUC includes Vice President Bill Sotiropoulos, Director of Communications Dannis Koromilas and Director of Operations Peter Foulds. Already a number of trades have approached BUC about what the new union can do to improve their way of life. At no point has Bromell ever let failure even cross his mind. But he says that wasn’t the case from certain outside observers.

“We weren’t expected to last six months and a number of people didn’t want us to last,” Bromell remarks.

BUC’s objectives and mandate are very rewarding to Bromell, because first and foremost, it’s about helping people. There are currently five full-time board members and four organizers on Bromell’s close-knit executive team.

“I believe in keeping it small to save more money. I could use 35, but if you’ve got the right people I believe in downsizing wherever possible. This group of nine could handle another 2,000 members,” Bromell says. “We also have fantastic labour lawyers that we depend on. We are with Gibson and Barnes. They have won every case for us at the Labour Board.”

Bromell has also been approached about broadening BUC’s reach outside of the construction industry into various other business sectors. Those are the types of opportunities he is quick to follow up on. At this point there is the potential for BUC doing something with the RCMP with an ability to go to a union environment now.

“I’ve had a couple of hundred RCMP officers contact me from across the country. It would be challenging but at BUC we can do any trade, not just construction,” he confidently states.

Despite his noted strong, stern demeanour when conducting business, Bromell makes it clear that he would much rather be a partner with all the builders and other unions and he guarantees no strikes or labour unrest.

“If I can’t sit in a room and work out a grievance with an owner, neither one of us should be in the business. I don’t want to spend money on lawyers when we could figure it out over a beer and some chicken wings,” Bromell declares.

In Ontario alone, construction is a multibillion industry but only 30% of the industry is unionized. It is Bromell’s plan to go after the remaining 70% and unionize them for a number of reasons, including assurances that the health and safety for all members is the maximum it can be.

“My priority is to go after the non-union companies because there are a lot of workers who aren’t getting pensions and the health and safety is deplorable,” Bromell states. “The secret is you don’t sneak around and do it, you tell them to their faces that you are going to come after them. If we don’t like you and we think you are dirty and trying to benefit on our backs, we’ll come after you. That’s always been our philosophy. If we do like you, that’s great. You’ll be a partner of ours.”

Within the next five years Bromell would like to be at 5,000 members with BUC taking a front seat on the role of health and safety for members while at the same time keeping owners, politicians and bureaucrats honest.

“We’re all here for the members. People working on the construction side just want to work and take care of their families,” Bromell says. “The vast majority of the builders and workers are good people. I find it’s a very positive, professional industry. People are just trying to make an honest living, and that’s from the top on down.” 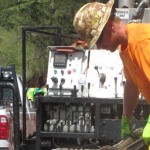 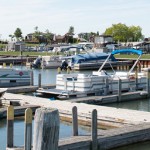