The economic relationship between Canada and China has never been one that would be called overtly warm and fuzzy, but it has grown over the decades to the point where Canada receives a great deal of merchandise from the world’s most populous country.

IN FACT, OVER the past two decades the Canadian market has been flooded with Chinese-manufactured products ranging from electronics to clothing. However, much like the United States, Canada runs a massive trade deficit that clearly works in favour of the Chinese.

According to the latest figures available from Statistics Canada, we export just about $27 billion worth of goods to China while they in turn import more than $54 billion of their merchandise. It’s a 2-1 trade imbalance, but one that the government and the people of Canada have never made much of a fuss about because oftentimes those Chinese products come at far cheaper prices – and oftentimes cheaper quality.

Bilateral trade with new partners around the world has become more important especially in recent years in light of the fact the United States has taken on the America First mantra under the Trump Administration. One only need look at the problems in the oil and gas sector, particularly in Alberta to see the effect it’s had and continues to have on the regional and national economy.

America is now the biggest producer of oil in the world, which means they are taking a lot less from other countries, including Canada.

However, a well-publicized arrest several weeks ago of Huawei’s chief financial officer Meng Wanzhou in Vancouver for alleged company violations of Iranian sanctions has created chaotic turmoil between Canada and China. The arrest was made at the request of U.S. authorities who want Meng extradited to face charges relating to those Iranian sanctions. Meng was freed on bail, but as of now remains on Canadian soil. Canada has found itself caught in the middle of a nasty spat between the U.S. and Canada, and the Chinese are exceedingly displeased with the fact Canada intervened by making the arrest.

Meng is accused of committing fraud after telling U.S. banks that Huawei and Skycom, a Hong Kong-based company reportedly doing business with Iran, had no connections. However, it turns out Huawei effectively controls Skycom. Meng is living under surveillance in Vancouver and is being guarded by the Royal Canadian Mounted Police awaiting the process to unfold.

When news broke of the arrest the Chinese government had a strong public response to the incident, immediately detaining two prominent Canadian nationals in China and encouraging a boycott of Canadian apparel company Canada Goose. Since this dustup Canada Goose has delayed an opening of a large store in China.

In mid-December, Chinese government agents in Beijing detained former Canadian diplomat Michael Kovrig, who is being accused of espionage. Later that same day, Canadian businessman Michael Spavor was detained by Chinese authorities in the northeastern province of Liaoning on the same charges. A third Canadian, a teacher named Sarah McIver was also arrested for allegedly working illegally in China. Prime Minister Justin Trudeau says it’s not retribution for the earlier arrest of Meng, but there are many who disagree with that notion and that Trudeau is merely saying that publicly in an effort not to inflame tensions any further.

The Canada-China relationship is a vast and dynamic interlocking relationship, dating from well before the establishment of diplomatic relations in 1970 and growing continuously every year. Canada’s long-standing and comprehensive relationship with the People’s Republic of China operates at many levels and in many areas, including in trade, governance and values, health, education and culture. Bilateral cooperation is strong – many Government of Canada departments have productive cooperation programs and memoranda of understanding with their Chinese counterparts, and hold regular exchanges at various levels. Both countries enjoy active working relationships in international fora, such as the G20, UN, APEC and WTO.

China has been Canada’s largest trading partner in Asia for some years, including 2017; it was Canada’s top export market and it was Canada’s top import supplier in Asia. On the other hand, Canada had a significant trade imbalance, importing billions more from China than the value of its exports to that country. As an exporting nation, that’s a difficult agreement to continue over the long haul.

In 1973, Pierre Trudeau became the first Canadian Prime Minister to pay an official visit to the People’s Republic of China where he met omnipotent Chairman Mao Zedong, and in 1984 Chinese Premier Zhao Ziyang visited Canada, becoming the first Communist leader to address Parliament.

Fast forward to latter part of 2018 and the relationship between Canada and China has been strained because of concerns about China’s record on human rights and various trade issues. This was exacerbated in recent weeks by Meng’s arrest. Now there are genuine concerns that the political tensions may lead to a longer-term disruption of trade between the two countries. In spite of the massive trade deficit, Canada was in the process of trying to break down more barriers and get that imbalance lessened, albeit in a quieter more diplomatic way than the United States under the Trump administration.

Now that the former NAFTA agreement between Canada, the United States and Mexico has been replaced by the United States-Mexico-Canada Agreement (USMCA), legal experts were flabbergasted when it was revealed that the USMCA contains a tucked-away section known as Clause 32 requiring Canada to keep the United States abreast of its intentions to enter free trade talks with “any non-market economies” – which many assume means China.

Clause 32 has stoked concerns that the U.S. can use this proviso to pull out of the USMCA deal if Canada enters into expanded trade talks with China. But this doesn’t mean that Canada can’t grow its trade with China. Canada will still be able to engage with China on trade in several different ways.

Though it may be tougher for Canada to engage in an expanded trade deal with China, it’s something economists believe Canadian regulators must do for the good of our country.

Perhaps not so ironically Canada has drawn the ire of China because of the United States and its insistence Meng be arrested.

While trying to export more goods and products to China, Canada can also increase its services trade with China to have a more balanced trade relationship overall. Already, Canadian service providers have an immense amount of potential to collaborate more in services with China. They are by far the largest part of Canada’s economy, accounting for close to 70% of Canada’s GDP and 13.6 million jobs. With renewed engagement between Canada and China, more opportunities are expected to open for Canadian service providers.

Commercial services so far bring the least profit for two-way trade in services, but hold much potential for both Canada and China. Commercial services include international services transactions, such as financial, advertising, cultural, and architectural and engineering services.

As long as demand from China continues to grow – as it undeniably will, given its population and the growth of millions becoming more affluent – opportunities for Western Canada will continue to grow, particularly food and natural resources. The latter’s growth most assuredly rests upon pipeline development, which seems to be in a never-ending stalled state.

In order for Canada to deal with other countries on a significant level besides the United States, one of the major revenue generators would be our resources industry. If and when the pipeline is built from Alberta to the B.C. coast it would immediately create an opportunity to sell much larger volumes of oil to China and other parts of Asia.

A Canadian court has overturned the government’s approval of the Trans Mountain pipeline project – throwing plans to nearly triple the flow of Alberta’s landlocked bitumen to the west coast into limbo. A sizable percentage of that oil could be sold to China. It’s a ruling being applauded by environmentalists and some Indigenous groups and widely criticized by those who believe the country needs it to bolster the economy.

Most economists seem to be of the opinion the spat with China won’t amount to much. It’s the country’s own internal inability to get our resources to them that remains the stumbling block. 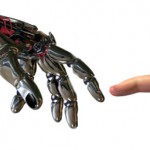